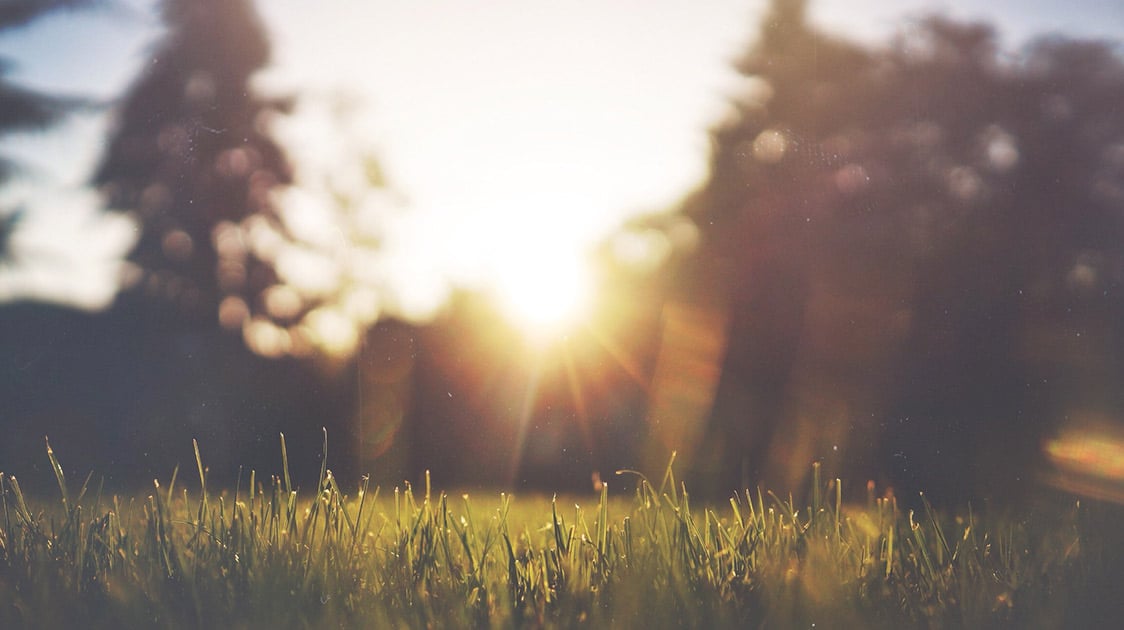 In many countries around the world, people are increasingly choosing cremation over burial, making it the new norm for end-of-life practices, according to various funeral industry reports.
Demand for cremation — the disposal of a dead person’s body by burning it to ashes, typically after a funeral ceremony — continues to outpace that for traditional burial. More than half of the dead in the United States are cremated today, according to a report from the 2019 National Funeral Directors Association, up from an industry-estimated rate of just 4 percent in the 1960s.

Why cremation is growing in popularity

Cremation is growing in popularity for several reasons, the association found.

Firstly, the world is running out of burial space. In some parts of the world such as Japan, Hong Kong, and Switzerland, cremation has already reached nearly 85-100%.  On top of the issue of decreasing land space, which has been occurring for some time and deeply affected areas like the U.K, Australia, and Japan – cremation is also much more economical, which accounts for its hike in numbers over the past decade.

So it is partially because cremation is less expensive, but people are also expressing a desire to leave a smaller environmental footprint. It is much more environmentally friendly than traditional burials, as traditional burials use an incredible amount of resources and chemicals. Indeed, people are making more sustainable life choices whilst alive, and are starting to think the same away about their own death: What do I want to leave behind?

If we can change the way we think about death, and actually start thinking about it whilst we are alive, we can chose more eco-friendly (and therapeutic) burial alternatives such as a biodegradable urn to return you to nature as a tree. At Bios, our biggest dream is to convert cemeteries into forests all around the world.

Cremation has generally become more culturally acceptable. The association’s research found that the proportion of people age 40 and older who feel it is important to have a religious aspect as part of a funeral has declined, to 35 percent in 2019 from about half in 2012.

Greece is a great example of how things are rapidly changing. Being a very religious country, cremation was not available to it´s residents until recently, even though the practice of cremation was actually legalized thirteen years ago. For decades Greeks seeking cremation for loved ones had to go abroad. Neighbouring Bulgaria was the nearest country where cremation is allowed.

However, in March 2019, Greece moved a step closer to opening its very first crematorium, passing a decree that paves the way for a facility to be built in Athens despite persistent criticism from the Orthodox church. And in October that same year, the first crematorium opened it´s doors.

We are talking about a country in urgent need of burial alternatives. The Greek cemeteries are extremely overcrowded, reflecting the country’s growing urban population since the 1950s. With graveyard space at a premium, bodies are frequently exhumed after three years so that plots can be freed up for others. 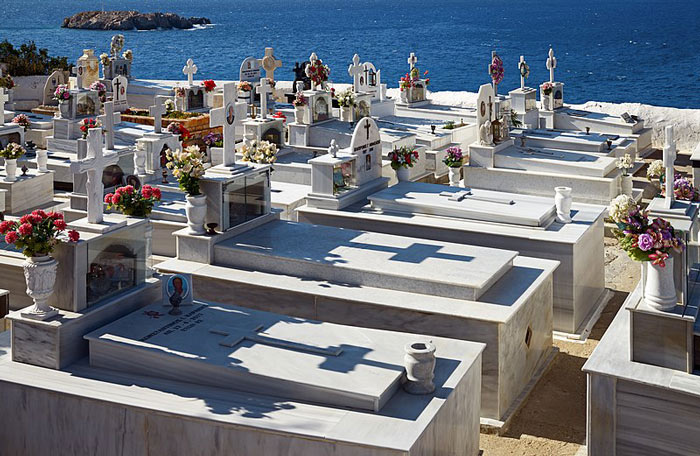 The country´s prime minister, Alexis Tsipras, described the measure as “one of the most important and necessary reforms”, and the city’s mayor, Giorgos Kaminis, said it was a “landmark step, upholding the state’s obligation towards citizens’ fundamental rights”.

This case is hugely inspiring for other countries around the world with strict religious and social norms. The Greeks had to defy  their own church in order to approve the country´s very first crematorium, changing the established system and changing the status quo, just as Bios Urn® did over 20 years ago when creating the world´s very first biodegradable urn designed to grow a tree.

What we can expect in the future

Cremation is growing and expected to rise to 79 percent by 2040, while the burial rate is predicted to be just 15.7%, signifying that “cremation is no fading trend” according to the 2019 report – it is the new norm, set in motion by Baby Boomers’ evolving end-of-life preferences. In Spain, incineration continues to gain ground year after year compared to traditional burial, a country with a fairly heavy religious background. In 2018, over 41% of deceased were cremated (compared to 16% in 2005) and it is estimated that it will reach 60% in 2025.

That is good news for the planet as cemeteries in the United States alone put more than 4 million gallons of embalming fluid and 64,000 tons of steel into the ground each year, along with 1.6 million tons of concrete as part of the inhumation process (the burial of a corpse in a coffin in the ground). Not to mention that a traditional burial uses hundreds of pounds of wood too. Traditional cemeteries definitely weren´t designed with the future in mind, that´s for sure!

What is clear is that the old structure of burial and funerals no longer serve individuals or the environment, and the only way to move forward is through innovation. It is no surprise that environmentally friendly alternatives have risen dramatically in the past few years.

According to HBO Documentary “Six new ways to die”,  the fact that more Americans are choosing cremations over more expensive burials will cause disruption in the $16 billion a year funeral business. As the baby boomers approach death, they are taking control of the way end of life is recognized and this is something at Bios Urn® that we can only be grateful for.

What we need now is for cemeteries to evolve and accept new alternative burial options so that people have more easily accessible options instead of having to do all of their own research. 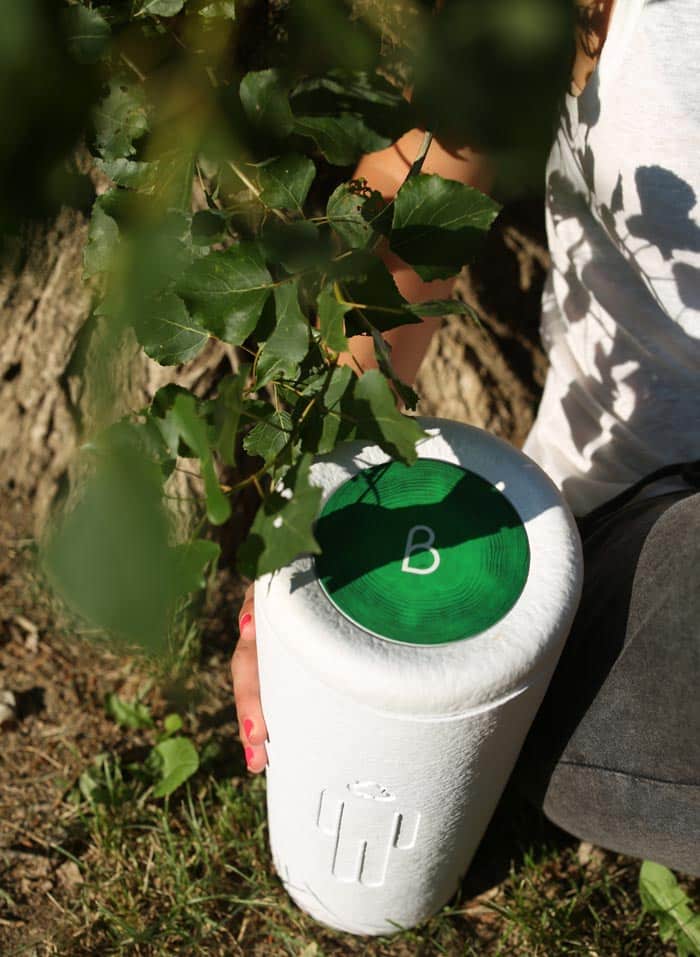 Is cremation right for me?

Death comes so quickly. You don´t think about it until it’s happening. And then you generally fall into tradition and call a funeral home and fall into that routine because its safe and it’s the norm. However we are the biggest advocates for our family and for ourselves.

So remember that it’s ok to be different and it’s ok to do whatever makes you happy. It’s ok to do something out of the ordinary, non traditional in your country, to celebrate and to honor somebody’s life. We can do the things that are important to us and still have the support from the family and all of our community. It’s ok to talk about what you want after you pass away. It’s ok to have those conversations.

Death doesn’t have to be scary. Hold true to what you want and make it happen.

So what do you think of the fact that cremation is growing so much? What is it like in your country? We would love to hear from you in the Comments section below!