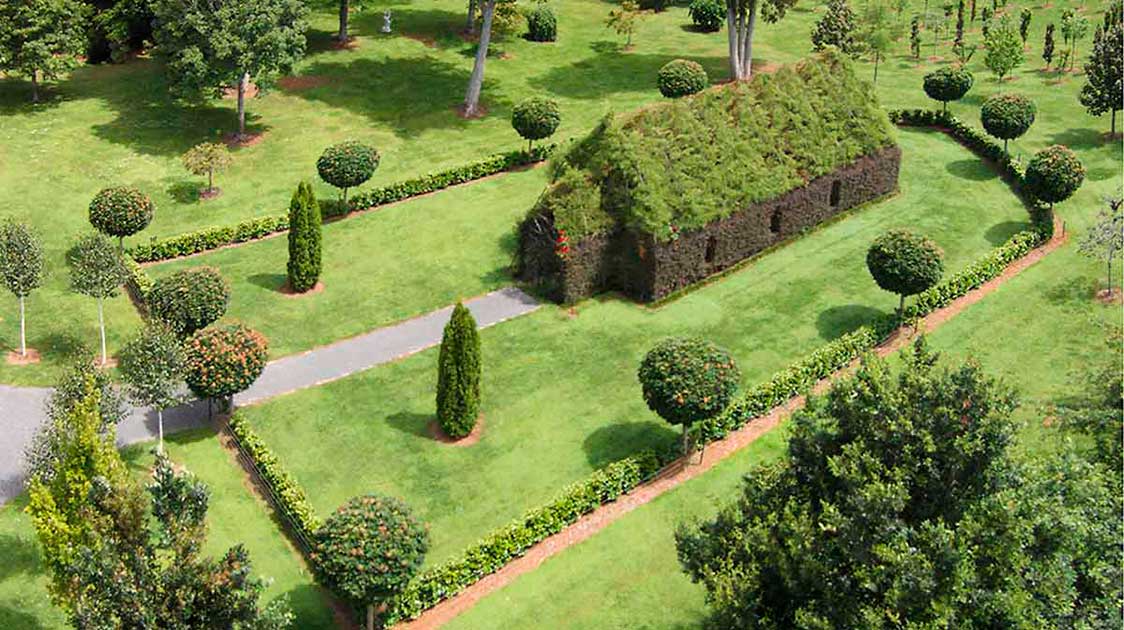 The Tree Church in New Zealand was created by Barry Cox, and began as a project in 2011. The inspiration for the tree church came to Cox when he pondered a place that people could visit which would serve as a “retreat from society.” Indeed, this magical structure does just that and more. It has taken nearly 4 years to complete, and within its structure lies purpose, meaning, and metaphor. The church has been built in an area surrounded by woodlands and nature on all sides, and directly outside of the church lies a labyrinth walk which pays homage to an ancient labyrinth that existed in Jericho in 460 BC.

Cox was inspired by a number of things, and used a recent trip to Europe as a basis for his inspiration. He wanted to combine both architecture, agriculture, and nature to create something beautiful: a sanctuary. Lucky for Cox, he owns a tree replanting service, so was familiar with some of the processes involved in creating such a structure.
The church itself has the capacity to seat 100 guests, and is now frequently used as a location for weddings, and similar themed events. 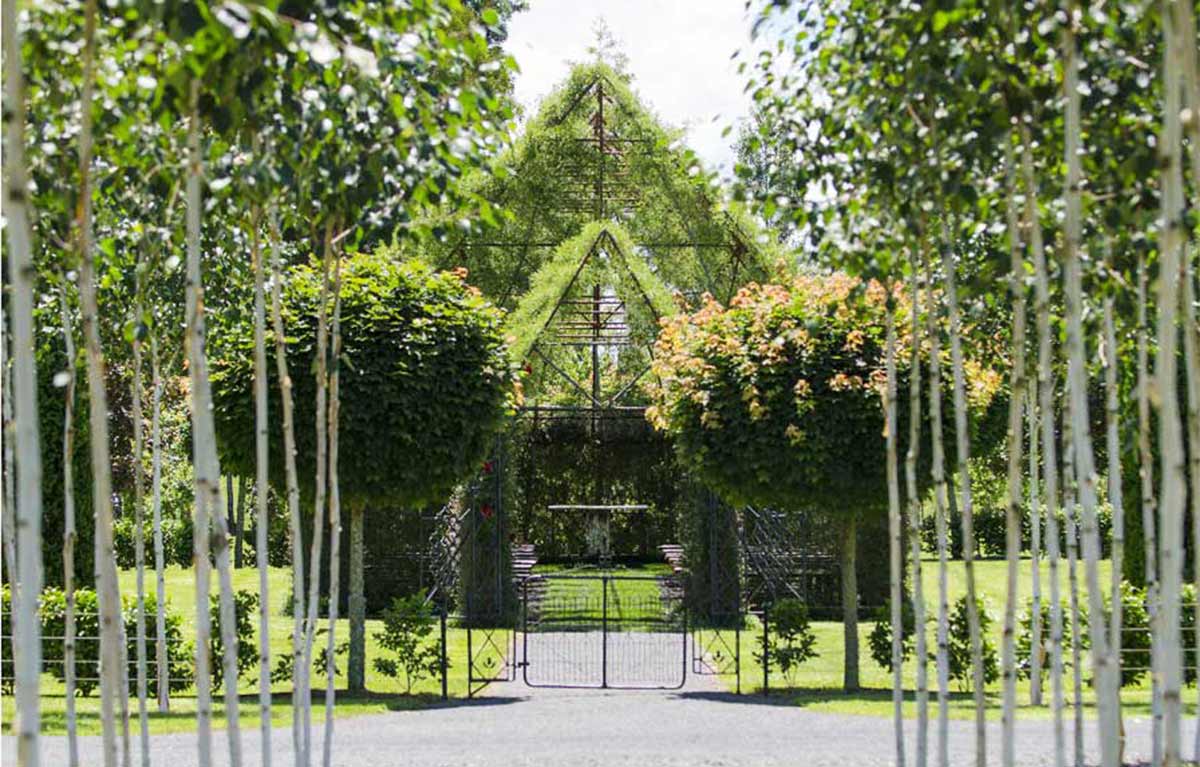 Tree Church Is made with Cut-Alder and other trees.

The beautiful and tranquil tree church is comprised of a multitude of plant and tree species, including cut leaf alder, camellia black tie, acer globosum, and pyramidalis. An iron frame lays at the core of the church, and is covered by a canopy of Cut-lead alder, which is flexible to be trained and shaped over time.

While the tree church is nicknamed a church, it is more of a sanctuary of sorts – where nature and architecture collide in perfect harmony to create and produce a tranquil meditational space which is open to anyone.
The tree church is located in Ohaupo, New Zealand is open to the public and for private events. 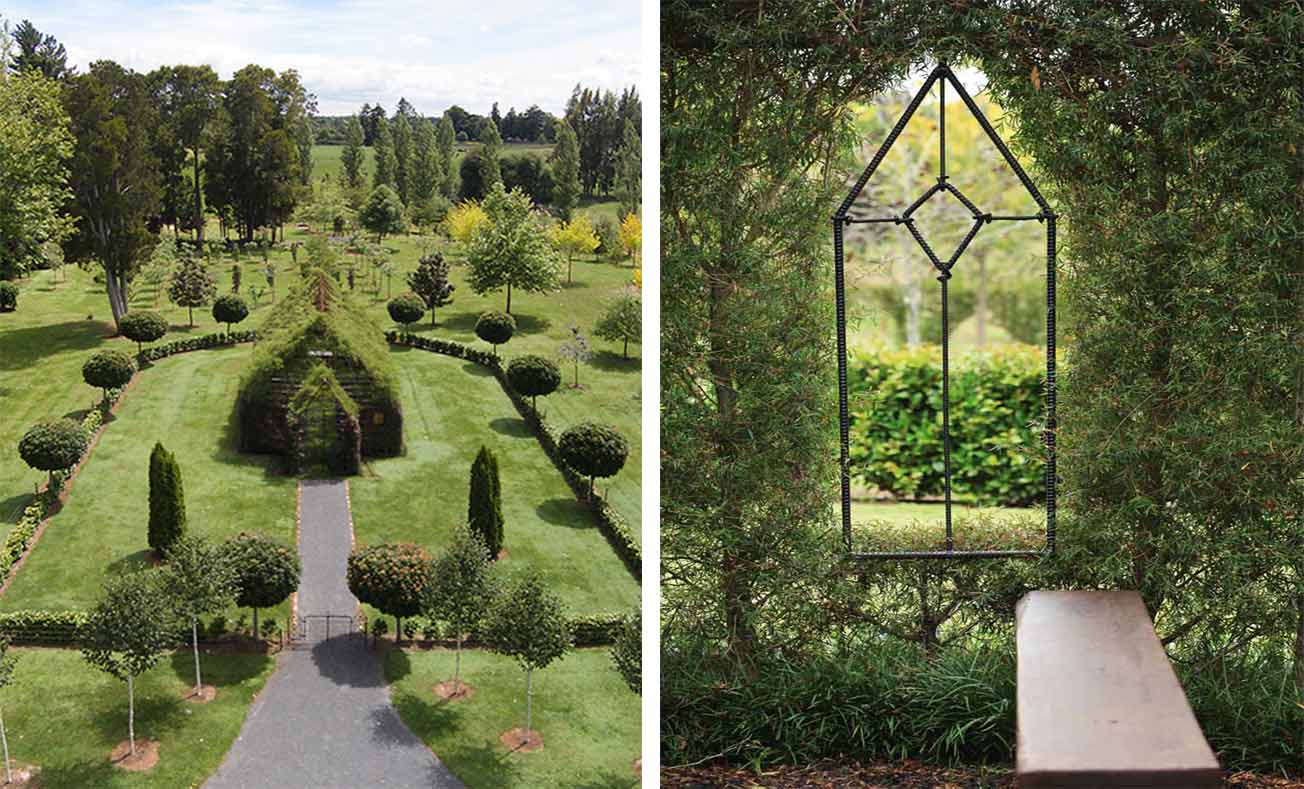 The inside of the church has seating for 100 people

A similar idea was created in Italy years ago, and is nicknamed the “Tree Cathedral.” This tree cathedral in Italy took nearly 12 years to complete, and is filled with hundreds of beech trees and other species. It is a perfect example of nature and art as well.

Other similar forms of art which combine nature, are the works of Andy Goldsworthy who creates nature art out of basic crude elements, such as trees and rocks. All of these creators have been able to create beautiful spaces utilizing natural elements.

Wouldn´t it be amazing if we could plant Bios Urns in an green natural space area like this? There is already one Bios Urn “garden of life” open in Canada, perhaps a next great venture would be a sanctuary such as this one. 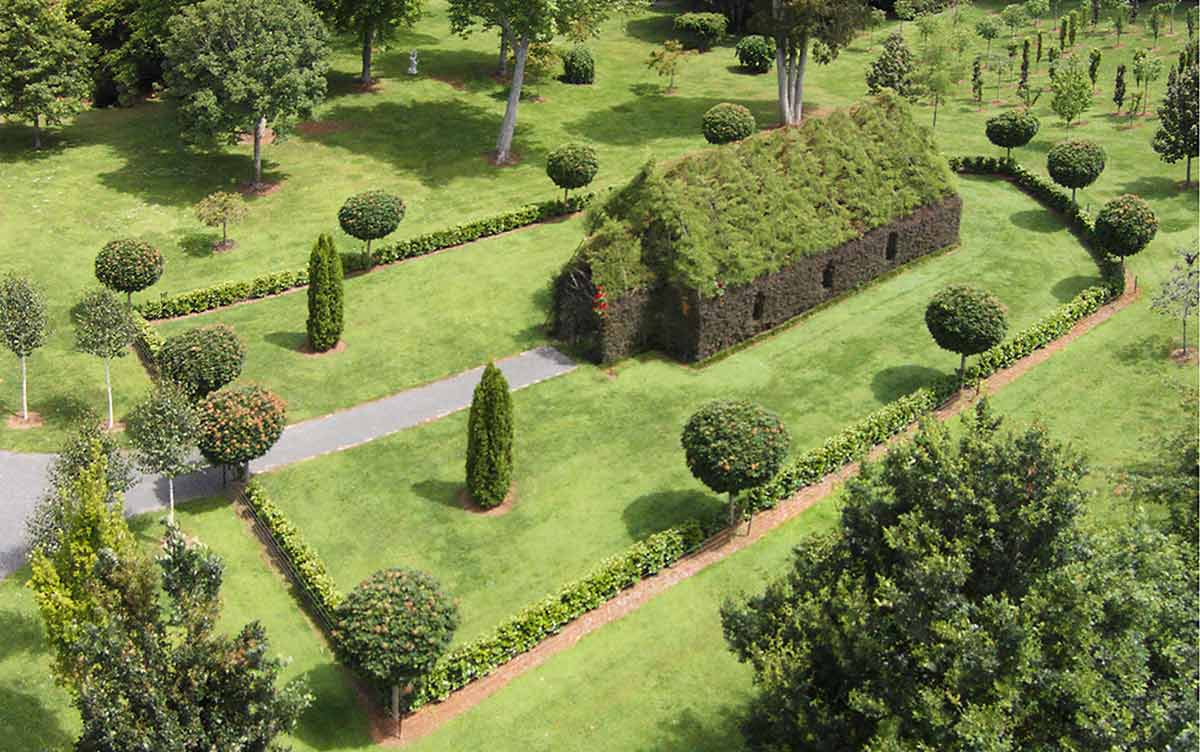 Tree church view of the land