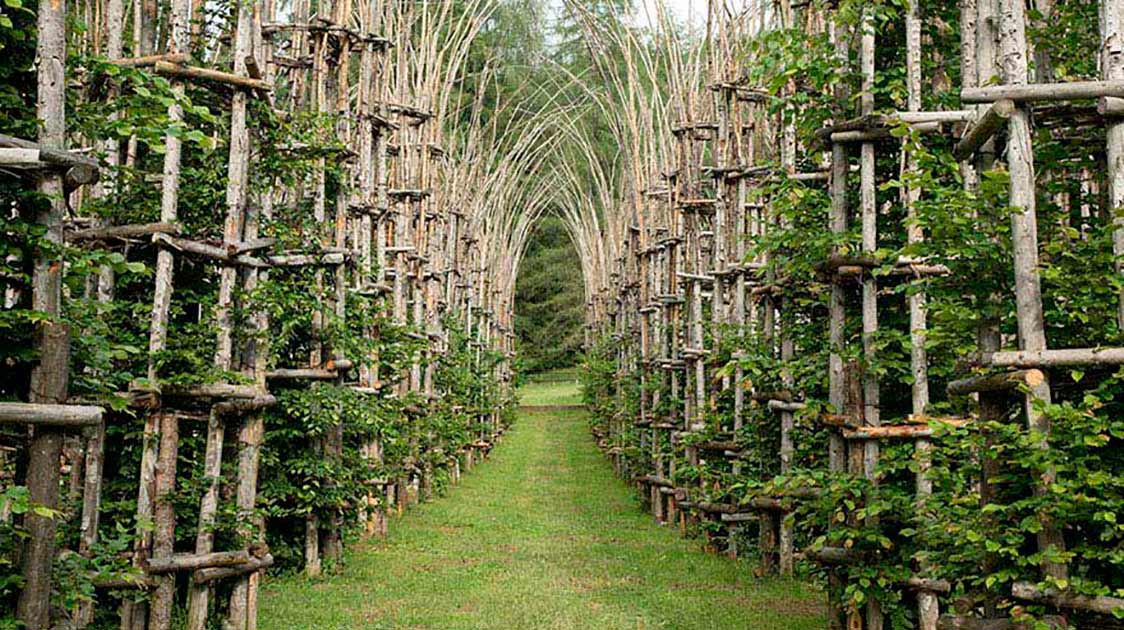 Where nature turns to art

When you think of a cathedral, you probably think of a building with a stone facade, or something similar. Well, what if we told you that there´s a cathedral made of trees?
Italian artist Giuliano Mauri has created and designed a beautiful Tree Cathedral (Cattedrale Vegetale) which now grows in a remote village near Bergamo, Italy. Situated in a remote valley around one hour away from Bergamo, the tree cathedral is a living testament to Mauri´s ingenuity.

The most interesting thing about the design of this natural cathedral, is that it is always changing and evolving and growing. It is said that it will take decades to complete. Building the tree cathedral is no easy feat. The framework for the cathedral was laid by Mauri in 2002, and in 2010 the project was deemed to be completed. For the past 7 years, the trees have been growing and have created a beautiful landscape.
The beautiful thing about this structure, is that it builds itself. Another remarkable thing is to see how the structure changes with each passing season! 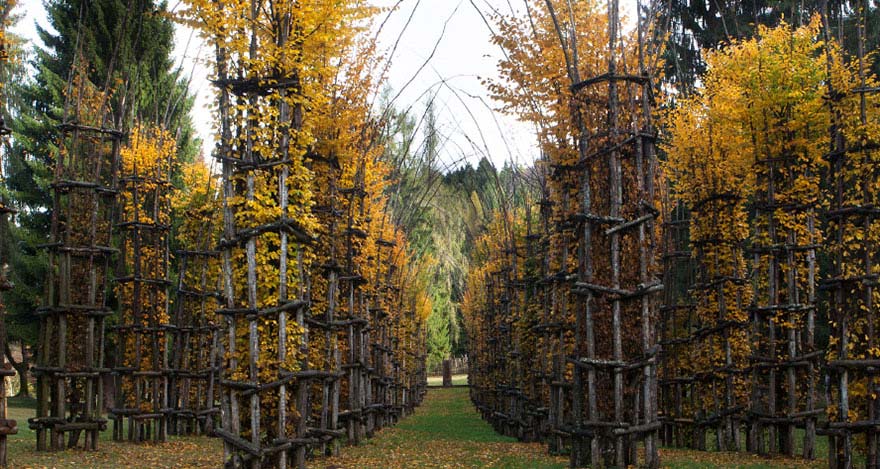 The Cattedrale in Bergamo has five different naves, which contain 42 columns. All of these columns were formed by weaving together different branches from various trees using fir tree poles. Over 42 beech trees were planted, and the structure itself contains 1,800 fir pole, 6,000 metres of hazel branches, and 600 chestnut branches.
A single beech tree can grow over 160ft tall, and last for more than 300 years. The artist and creator passed away in 2009, one year before his work was fully completed.
You can find his official website here. 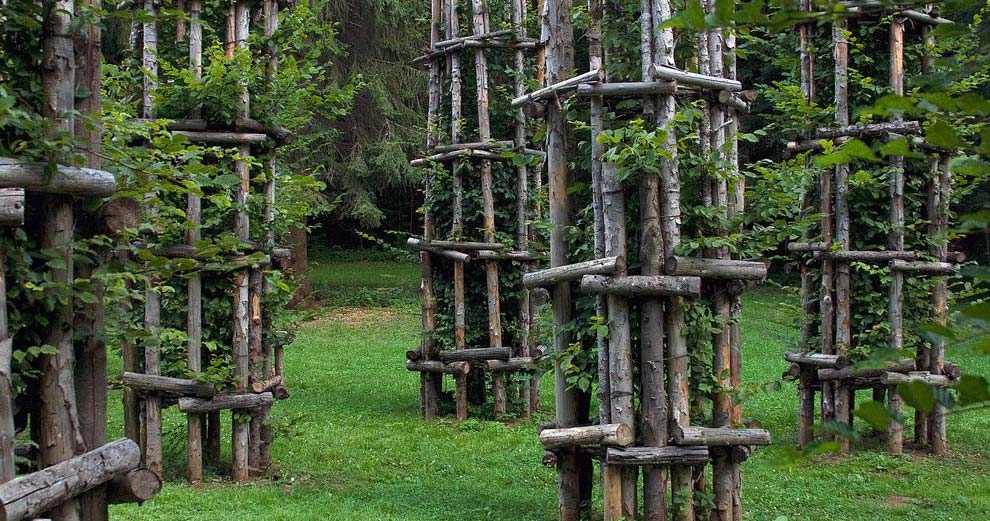