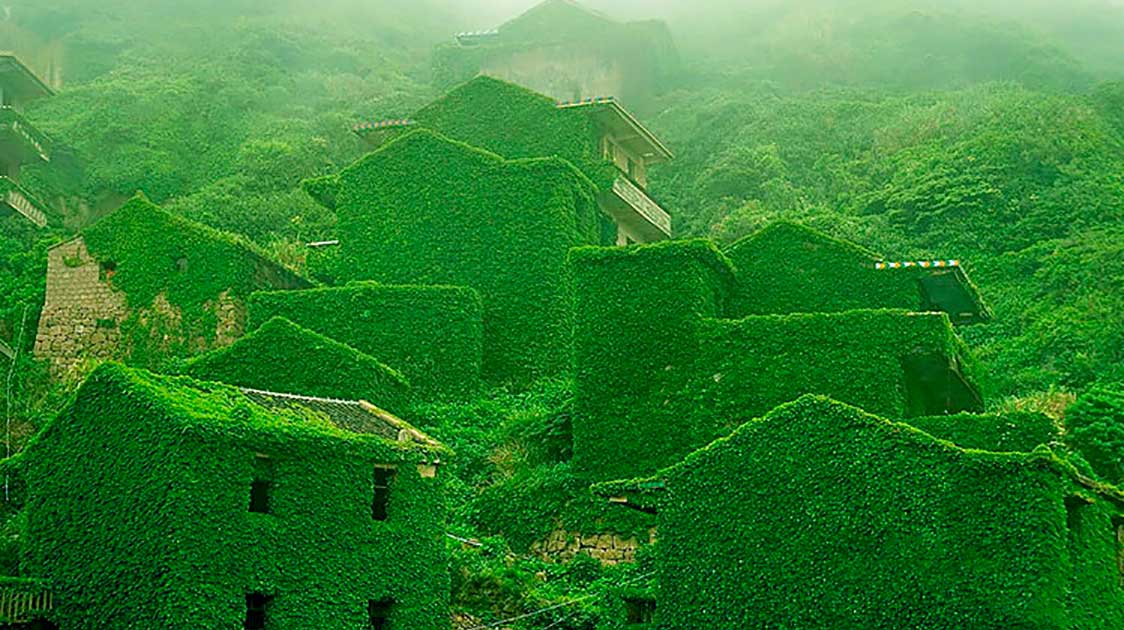 China has become one of the biggest industrialized nations of earth. Cities like Shanghai or Beijing are growing while bringing highly urbanized and crowded scenarios. But it was not a long time ago when China was the place for hundreds of small, tiny rural villages. They question is, where have all they gone?

Tang Yuhong has the answer. His pictures show the natural process that’s taking place in those old abandoned places. Thanks to its work we can see how nature draws, designs, adapts and modifies what once was made by the human hand.

Once a bustling settlement merely half a century ago, Houtou Wan Village is now a ghost town. It was deserted over a period of time, because the small bay could not accommodate the needs and volume of incoming fishing boats. Since its desertion, nature has taken over and reigned supreme. It is now a haunting and beautiful place which shows old buildings and homes taken over by vines, trees, and natural elements. No one except a few older residents live here.

It is so beautiful to see the result obtained when a natural process is involved in the creation. That proves the rules and the logic of nature are totally different from what humans are used to. The result is always hypnotic. 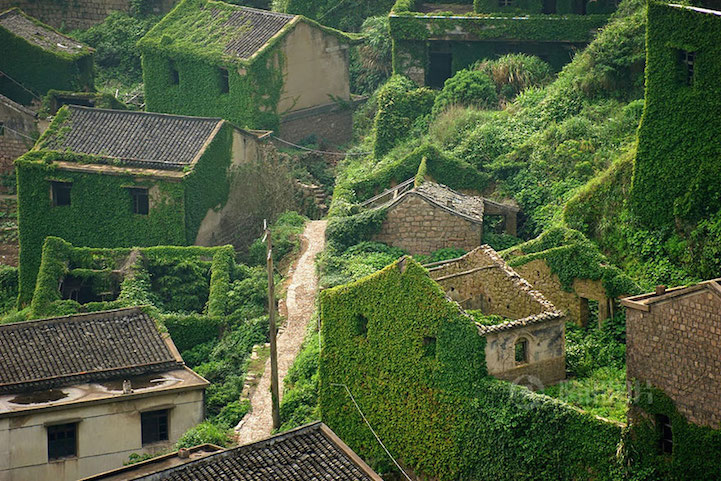