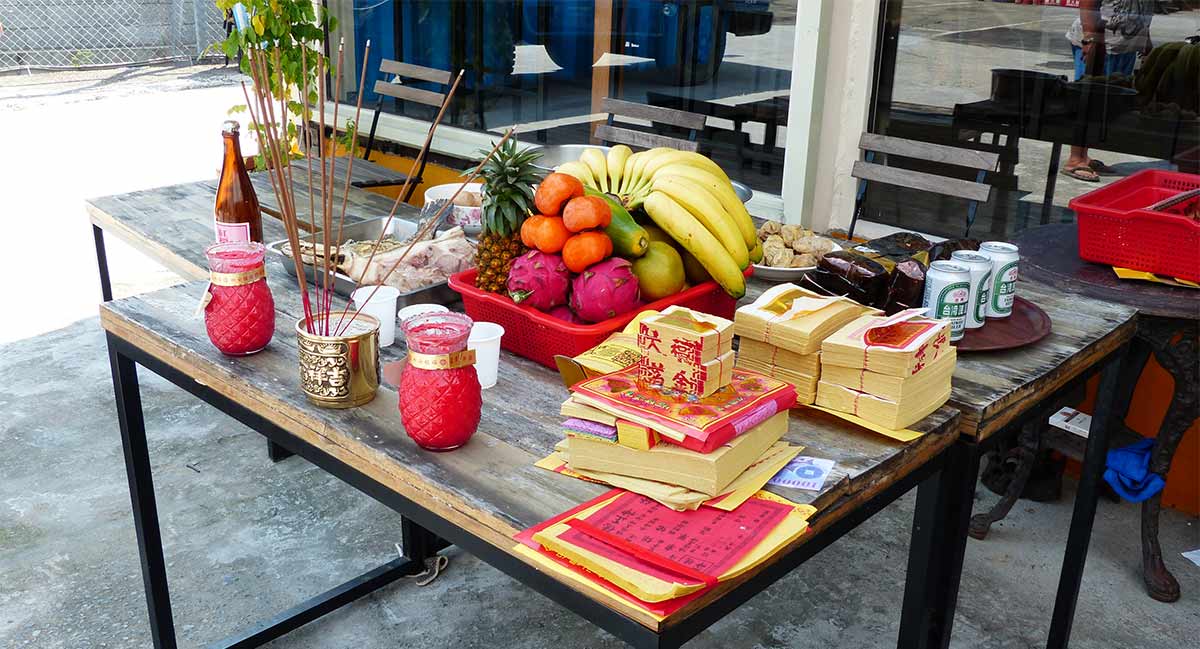 From October 31st to November 2nd, the dead walk amongst us – at least, that’s what many cultures believe. All over the world there are cultural traditions of celebrating these special days. But what makes them so special, and why are they celebrated or recognized all over the world? To put it simply, it is believed to be a liminal time, when the boundary between our world and the otherworld could be accessed easily. The fascinating thing is that in almost every culture, there is a day specifically allotted to honoring the dead, and paying respect. The tone and festivities of each culture’s rituals vary, yet they all share the belief that during a specific time the veil between the living and dead is at its thinnest, and respect must be paid. So how are these days celebrated all over the world? 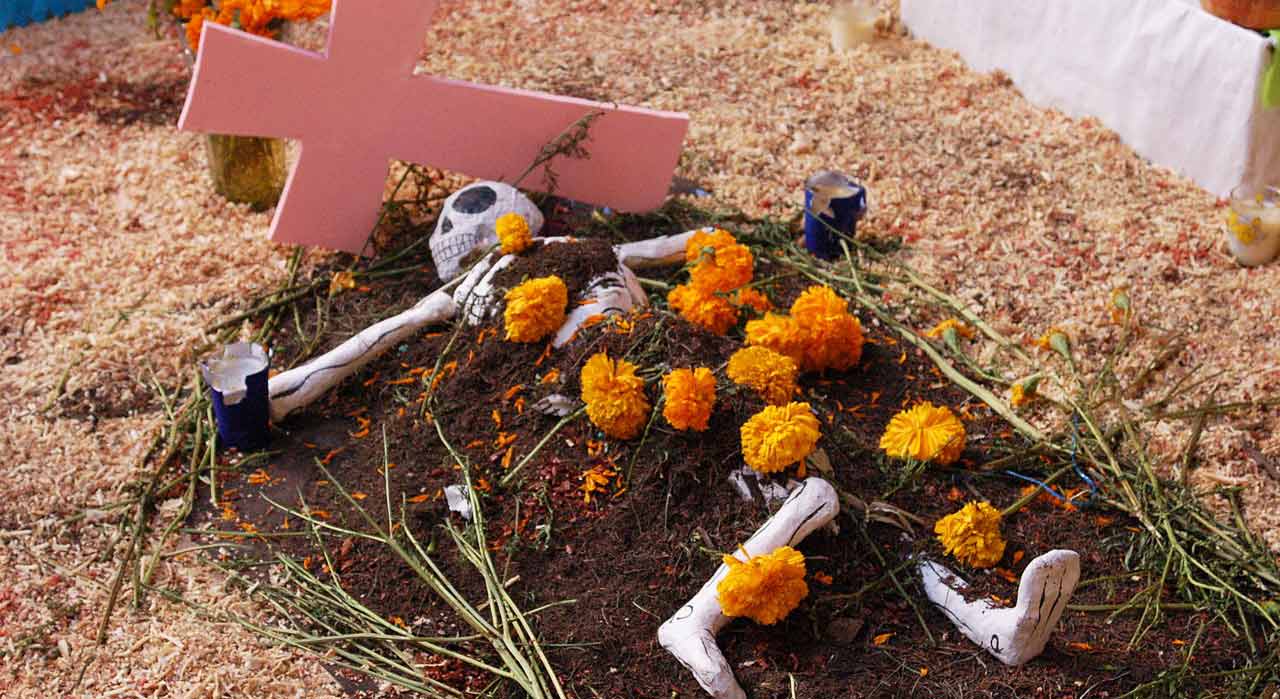 Samhain is a Gaelic festival, celebrated in which marked the end of the harvest season and the beginning of the winter season or “darker portion” of the year. It has been celebrated through out the course of history in Celtic regions, such as Scotland and Ireland, and other areas such as Galicia. It is generally celebrated from the 31st of October to the 1st of November. It’s roots are inherently Celtic pagan, and it is has long been considered a special time and festivity since ancient times. The festival of Samhain has been mentioned in the oldest of Irish literature and mythology. ” According to Irish mythology, Samhain was a time when the ‘doorways’ to the Otherworld opened, allowing supernatural beings and the souls of the dead to come into our world.” It is typical to burn bonfires, or recreate flames as fires were seen to mimick the Sun, and inspire the “powers of growth” during the darkness of winter. A typical tradition during Samhain was to disguise or costume yourself as one of the pagan gods or fairies, and go from house-to-house receiving offerings on their behalf. This tradition is still practiced wildly, as individuals from all over the world dress up and go “trick or treating and it has inspired traditions in Halloween.” Another similar tradition was the carving of turnips, which were to act as lanterns – which we now know as “jack o lanterns.” Some of these traditions are believed to date back to the 16th century. 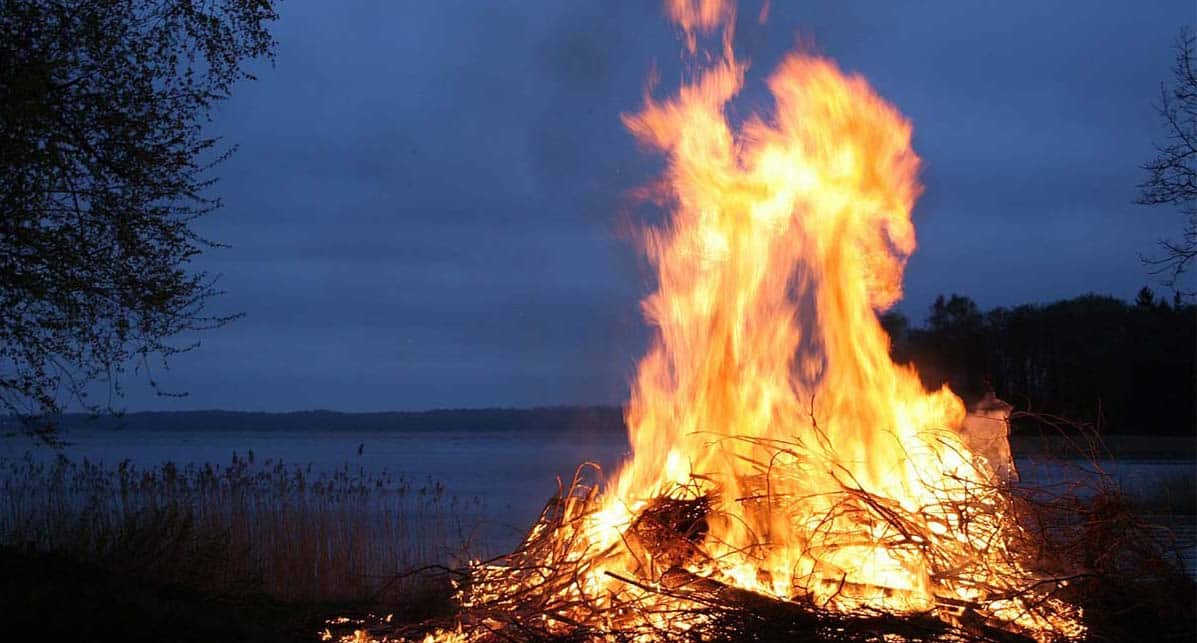 A typical Samhain Bonfire used to mark the holiday

Halloween, or All Hallow’s Eve, is a celebration which typically takes places on the 31st of October, although it is part of the three-day observance of Allhallowtide. Allhallowtide is a time specifically allotted for remembering the dead, the saints, martyrs, and all other faithfully departed. It is believed to have roots in the Gaelic festival of Samhain, however modern-day Halloween is believed to be a Christian holiday. Activities include dressing up in costumes, making candied apples, trick-or-treating and other various indulging past times. Christian observances of Allhallowtide include attending church services, and generally lighting candles on the graves of those who have passed. On Halloween, or All Hallow’s Ever, Christians believe that the veil between the material world and the afterlife is thinned, allowing souls to pass through. Halloween and Allhallowtide are typically celebrated in North America, and by Western Christians around the world. 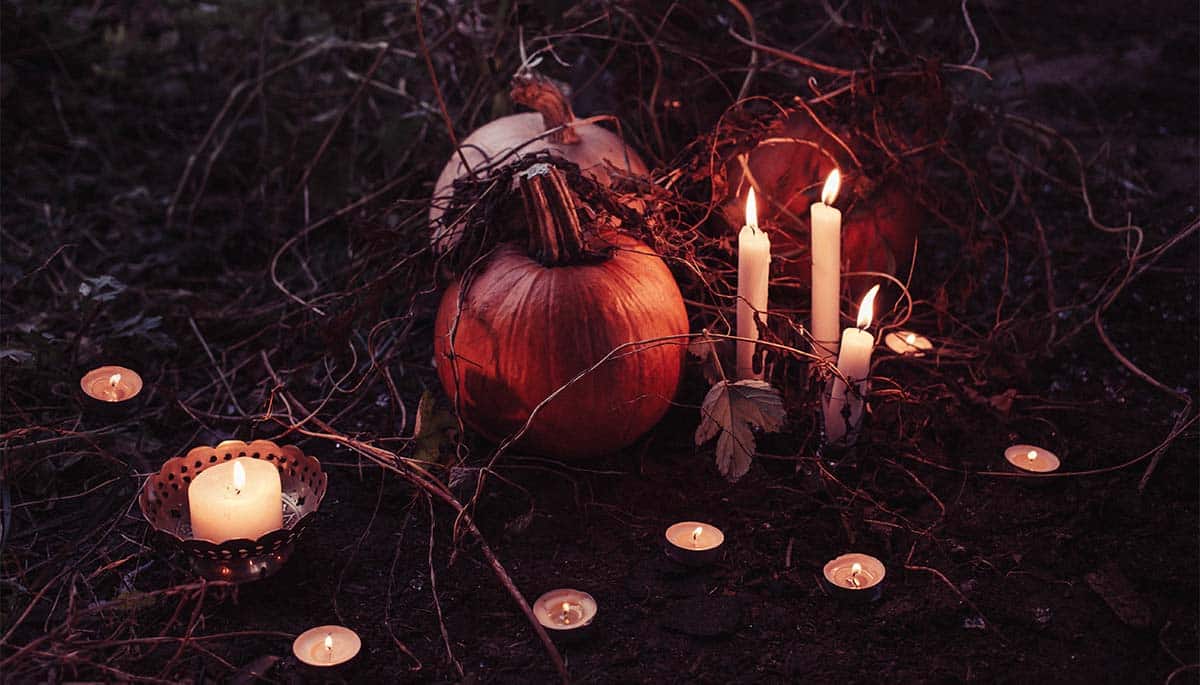 Dia de Los Muertos translates literally to “day of the dead,” and that is exactly what is celebrated in Mexico. Originally the observance of the dead took place in the beginning of summer, but following Spanish colonization it was moved to coincide with Allhallowstide. Today Dia de Los Muertos is widely celebrated all over Mexico, and enveloped in a variety of different customs which vary from region to region. It is considered to be a joyful holiday, and anecdotes about the dead are frequently told. The origins of the holiday can be traced by hundreds of years to an Aztec festival dedicated to the goddess Mictecacihuatl, who is the goddess of the afterlife and underworld. Traditions associated with the holiday include building altars, eating special food, and visiting the graves of the departed with offerings and gifts. Families visit cemeteries to leave flowers, candles, and to clean and maintain the graves of their deceased loved ones. “The intent is to encourage visits by the souls, so the souls will hear the prayers and the comments of the living directed to them.” During this time is also believed the veil between the living and the dead is lifted, and the colorful celebration and decorations are meant to encourage the visits of the souls and ghosts of ancestors. 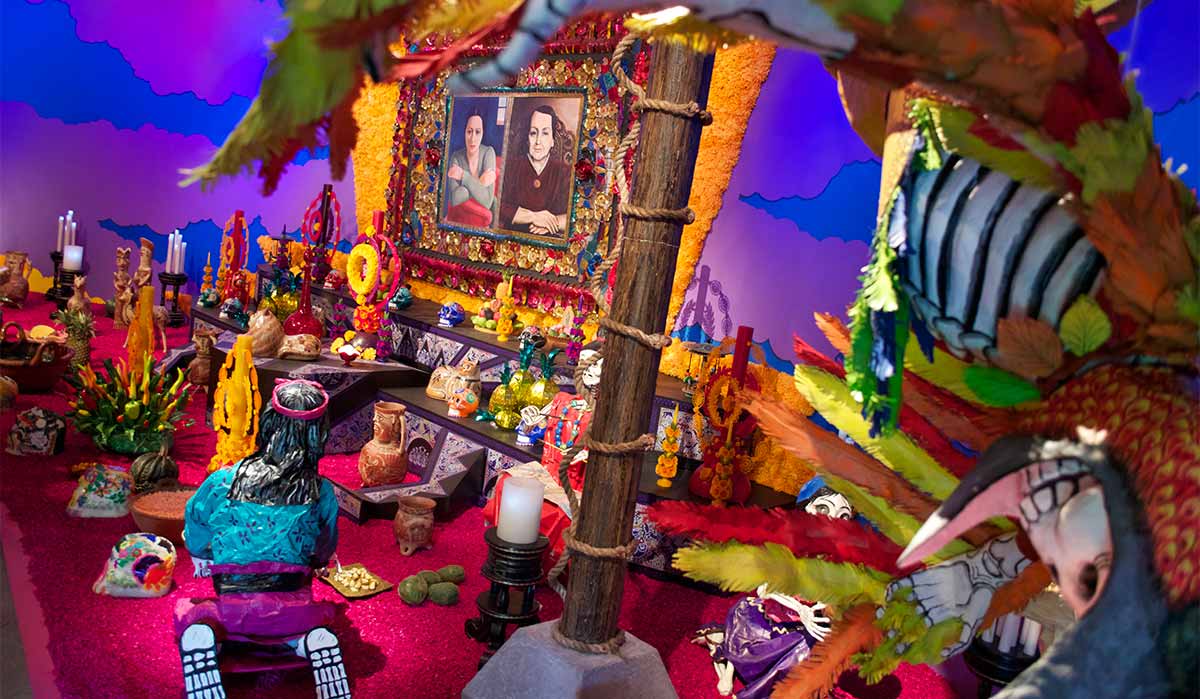 Day of The Dead Altar

In Chinese culture, there is an entire month called “ghost month,” in which the ghosts and spirits of the deceased are believed to come out from the other realm. Inside of “ghost month,” there is also “hungry ghost festival” which falls on the same day as the full moon, and the mark of the fall harvest. For Buddhists and Taoists this month is dedicated specifically to honoring their ancestors. “During this month, the gates of hell are opened up and ghosts are free to roam the earth where they seek food and entertainment.” Buddhist and Taoist ceremonies are performed to help the ghosts who have yet to transition, and feasts are held in their honor as well to satisfy them. Joss papers are utilized to write and inscribe messages to the dead, and they are later burned to send the message across. While other cultures may use turnips or pumpkins, the ghost festival uses lotus water laterns. After the festival, to ensure that all ghosts find their way back to the other world, people float water lanterns to help the ghosts back to the underworld, and mark the close of the ceremonies. Incense is typically burned to bring good fortune. “For both Taoists and Buddhist this is seen as a solemn festival, and a day to ease the suffering of the deceased.” This practice is recognized in China, Taiwan, Singapore and other parts of Asia. A similar festival is held in Japan for three days, and is known as the “Bon Festival.”

Offering table for the Ghost Festival in China, filled with food and Joss Papers.

All Saint’s Day and All Soul’s Day

All Saint’s Day and All Soul’s day are both related to Allhallowtide. All Saint’s Day is a celebration of all saint’s and “stems from a belief that there is a powerful spiritual bond between those in heaven and the living.” All Saint’s Day is celebrated within Allhallowtide of November 1st. Similarly, All Soul’s day is a celebration of all of those who have passed on. These two days have religious ties to both Catholicism and Christianity. These days of the dead are celebrated worldwide, and generally followed by visits to cemeteries with flowers, and candles. 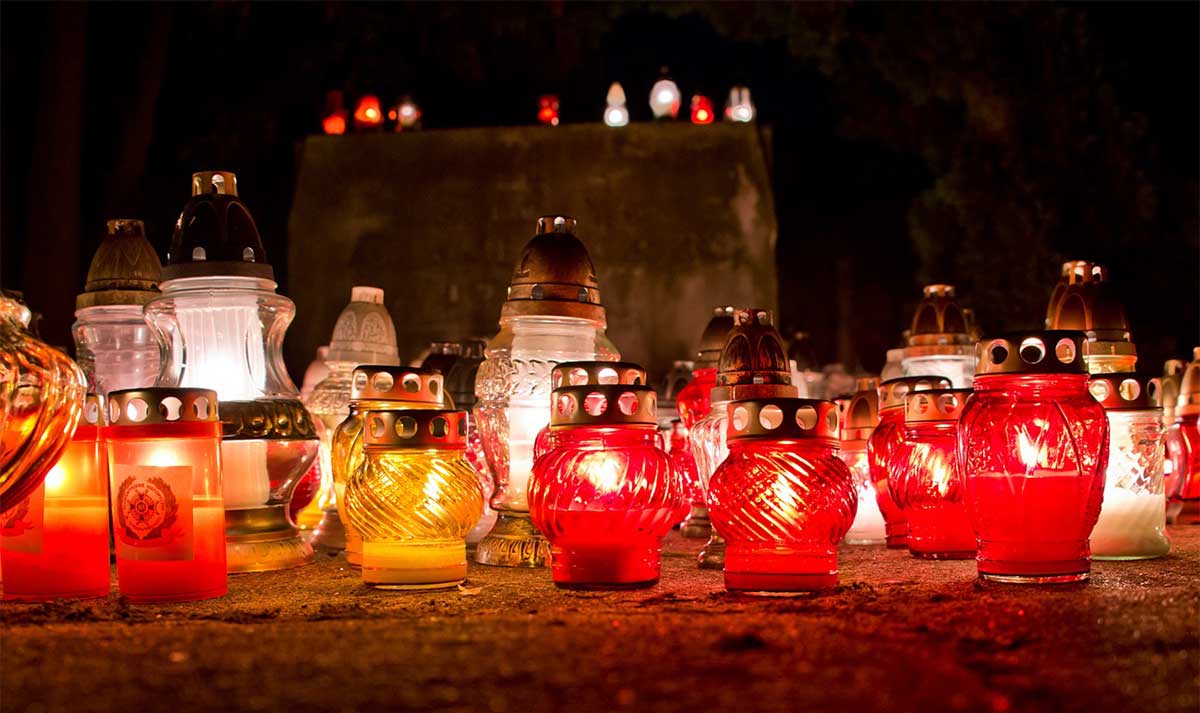 People place candles and flowers in cemeteries and at the graves of their deceased relatives and ancestors on All Saint’s Day and All Soul’s Day.

Pchum Ben celebrated in Cambodia, is a time when the gates of hell open up and the souls walk amongst the living. Monks chant overnight without sleeping as a prelude to the gates of hell opening. Food offerings are made, and people are generally required to dress in all white as a symbol of mourning.

Chuseok is celebrated in both North and South Korea, and is likened to Thanksgiving in that is celebrates the Fall Harvest. It is generally celebrated in September and October, and is a 3 day festival. During the destival, Koreans visit the graves of their ancestors to pay their respects, and clean the graves.

Gaijatra is celebrated in Nepal, and is a Hindu tradition. It is known as the “festival of cows,” as cows are considered to be holy and to help guide the recently deceased. During this festival, cows (or children dressed as cows) are walked in a processesion throughout towns to help family members who have lost a significant person in the last year. ” Gaijarta is a light-hearted celebration of death, meant to help people accept death as a reality and to help ease the passing of those who have died.” 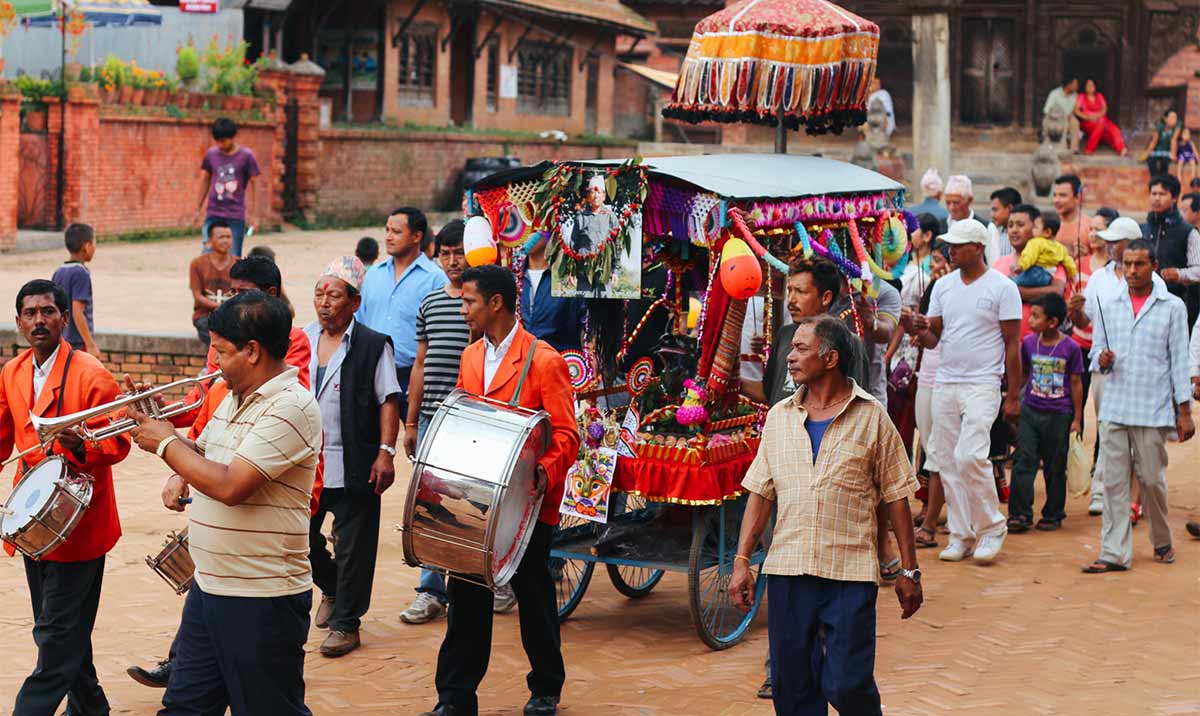