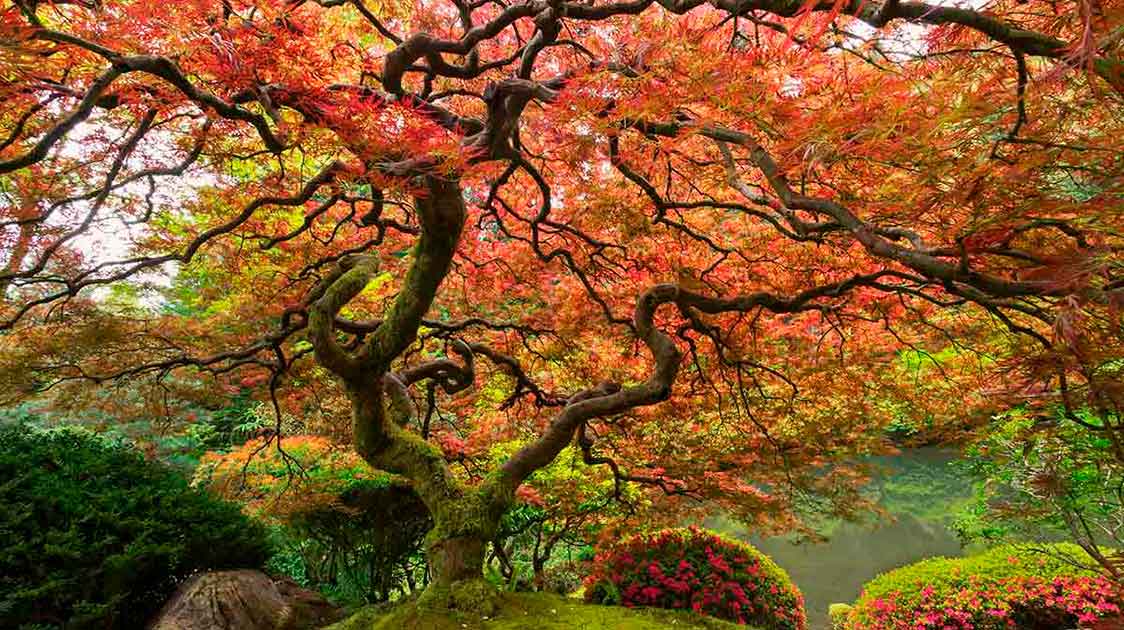 Every November this Gingko tree growing next to the Gu Guanyin Buddhist Temple in the Zhongnan Mountains drops yellow leaves turning the temple into a yellow ocean. 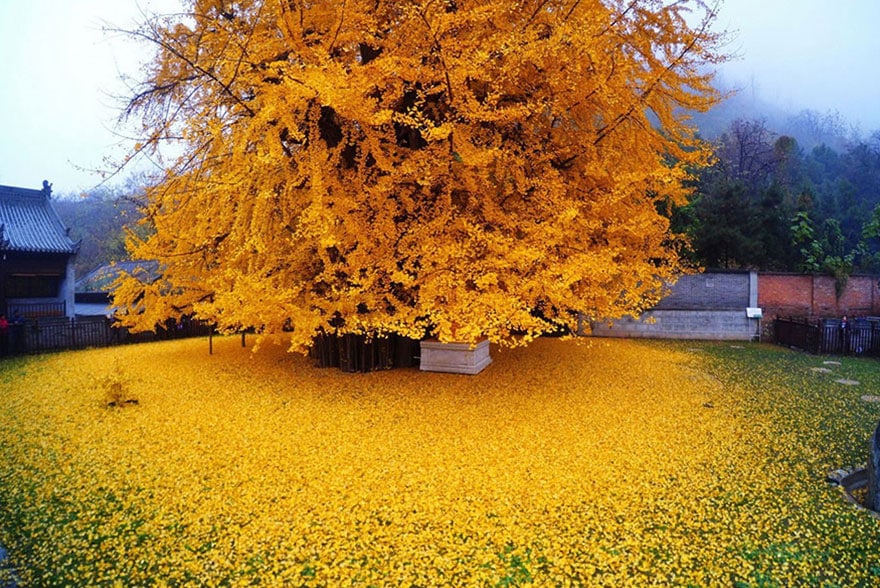 The Rhododendron is actually no tree at all, it is a shrub! These species can grow to be shrubs to baby tree. This beautiful photo was taken of a huge Rhododendron in front of someones house in Canada. 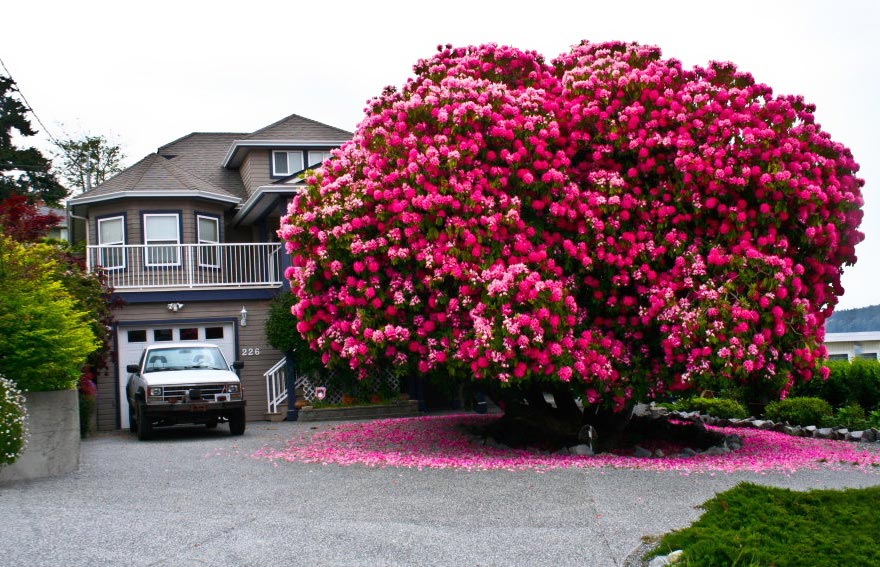 These massive trees can grow to 100 feet tall and 35 feet wide! They are absolutely huge. What´s fascinating is their ability to store a large volume of water in their trunks. Baobabs can store nearly 32,000 gallons of water, to defy drought. 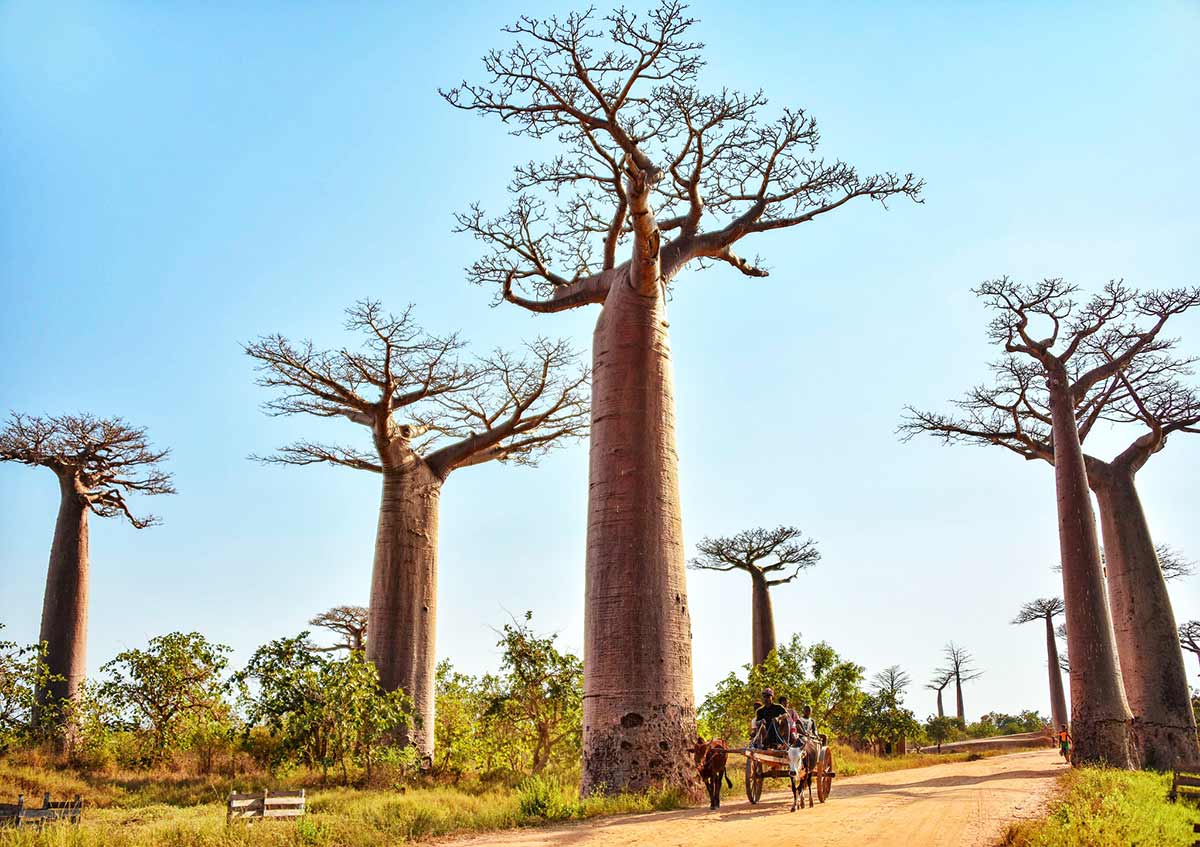 This tree is so famous, that it has its own flickr group dedicated to it. It´s been featured on National Geographic, and is located in the Japanese Garden in Portland. It´s easy to see why, the leaves glisten with different colors that vary from green, to russet, to crimson. 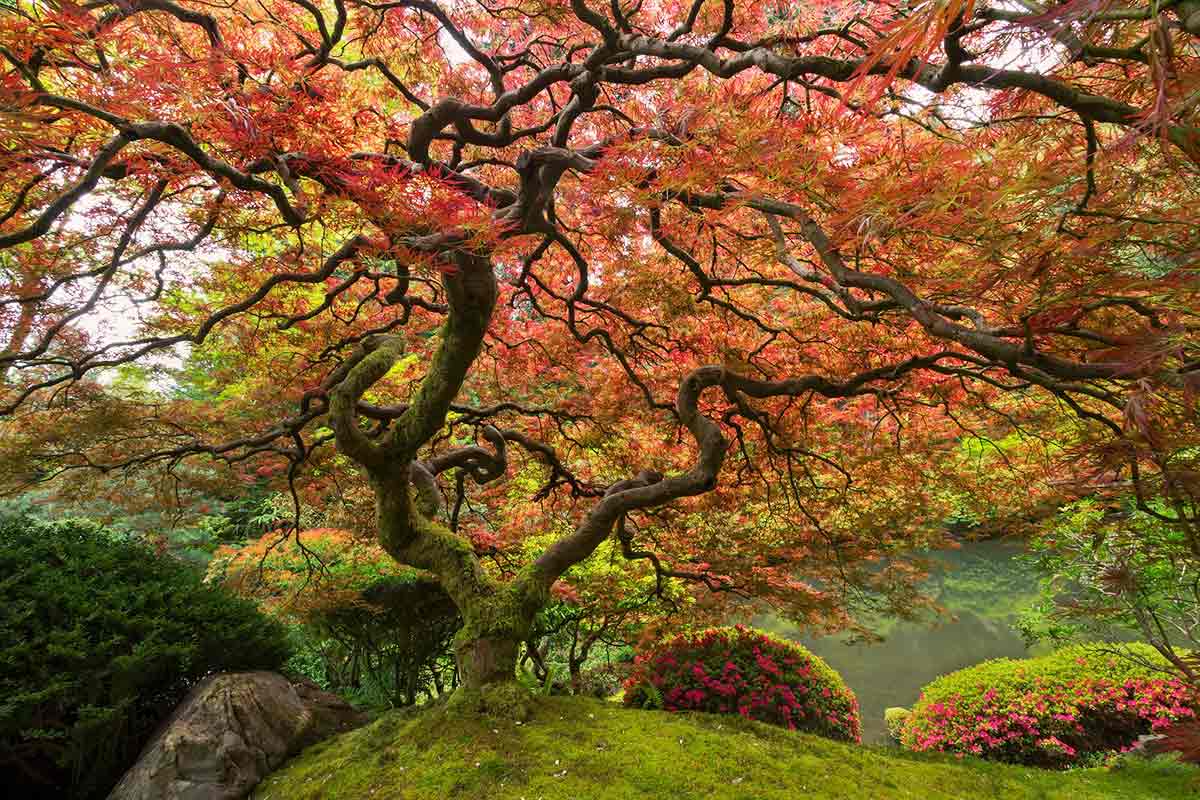 Methuselah is one of the oldest known trees, at nearly 5,000 years old. It is located in Inyo county, in California – although its exact location remains undisclosed to protect it from destruction.
It is part of a bristlecone pine grove, where another tree slightly older also lives to this day. 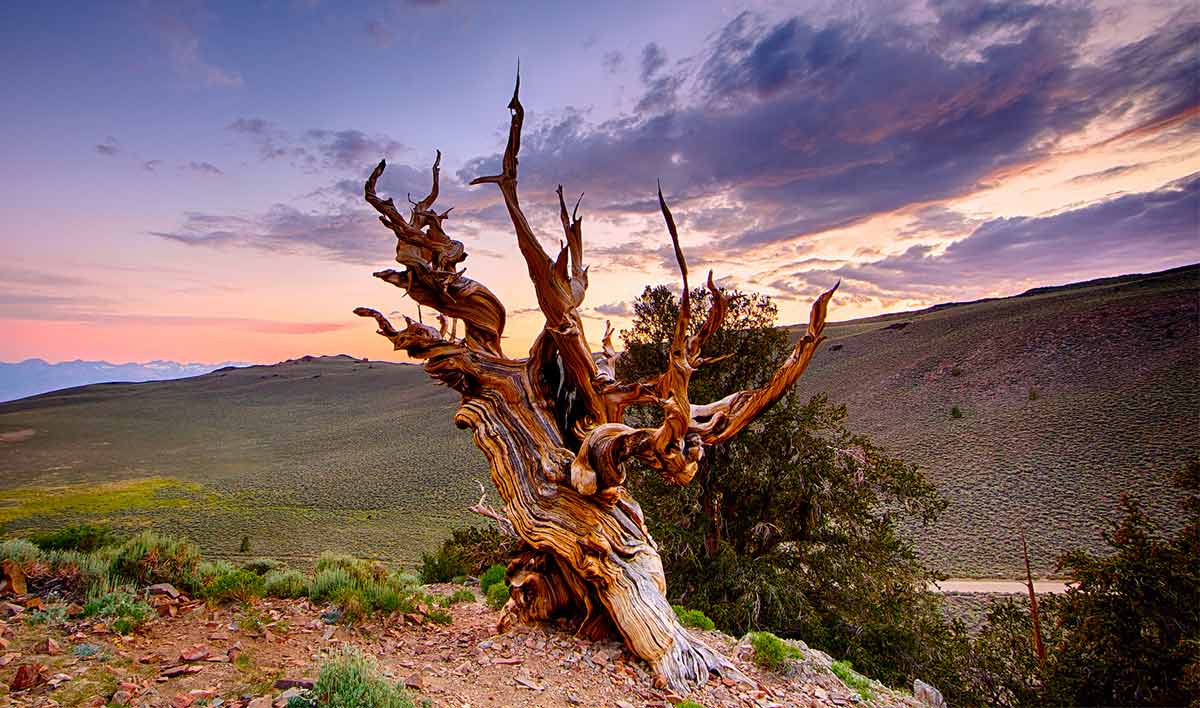 General Sherman is a giant sequoia tree located Sequoia National Park, in California. It is currently the largest known living single stem tree on Earth.
It´s estimated mass is 2,472,000 lbs, and is estimated to be around of 2,400–2,800 years old. 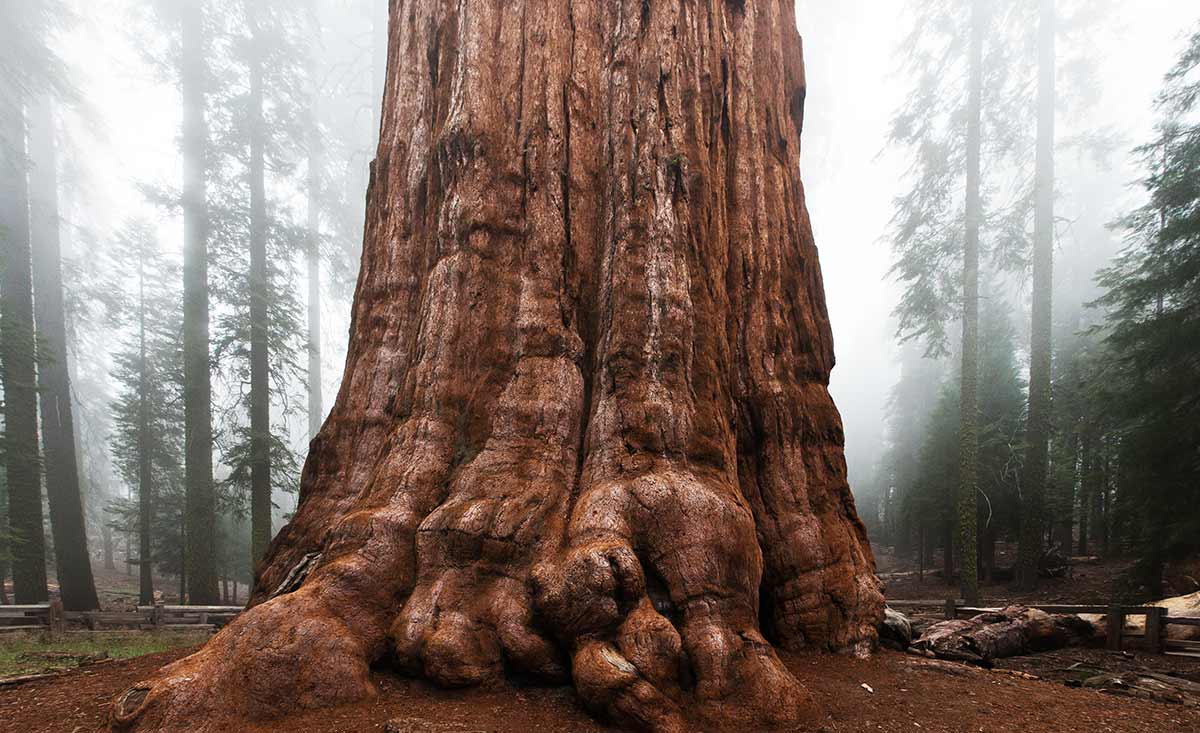 The Angel Oak tree is located in Charleston, South Carolina. The tree itself is around 400 years old, and its branches go in every which way. The tree provides shade which stretches nearly 17,200 square feet. 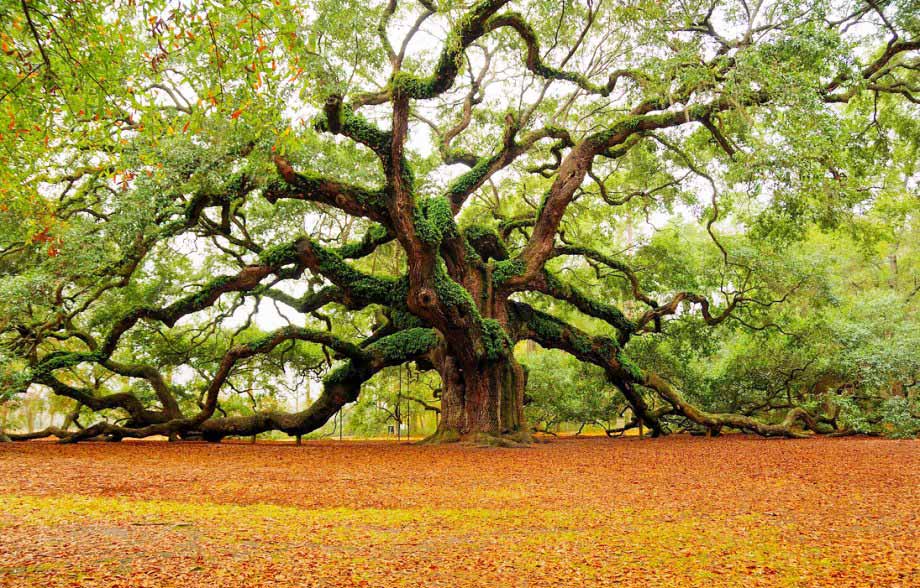 The Trees of Dead Vlei

These skeleton-like trees are located in Deadvlei, Namibia, and the trees themselves are estimated to be around 100 years old. It´s said that it once was brimming with life, and now only hosts the skeletons of the trees. The temperature is so dry that the trees left over cannot properly decompose. 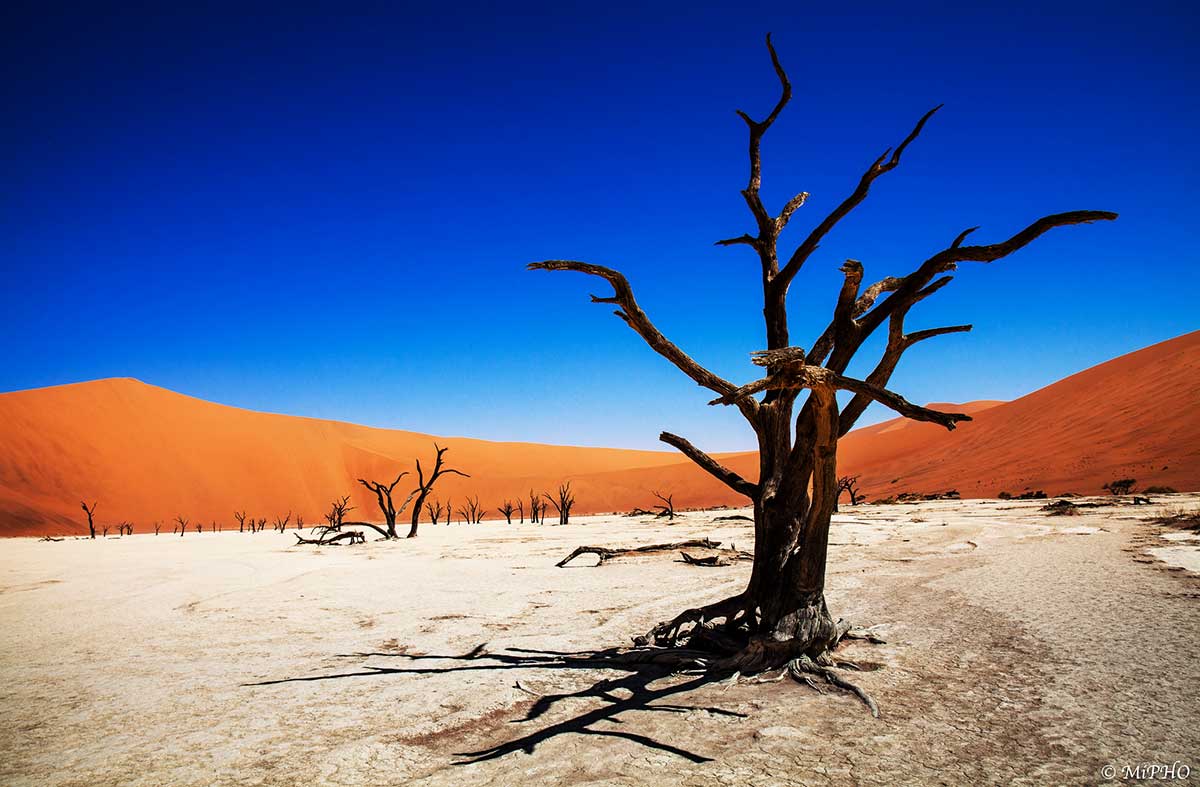 These crazy looking trees only grow on Socotra Island, in Yemen. It´s named dragonblood for its dark red resin which looks like a thick blood. It´s unique appearance only adds to its interesting features, as it looks like an upright umbrella. 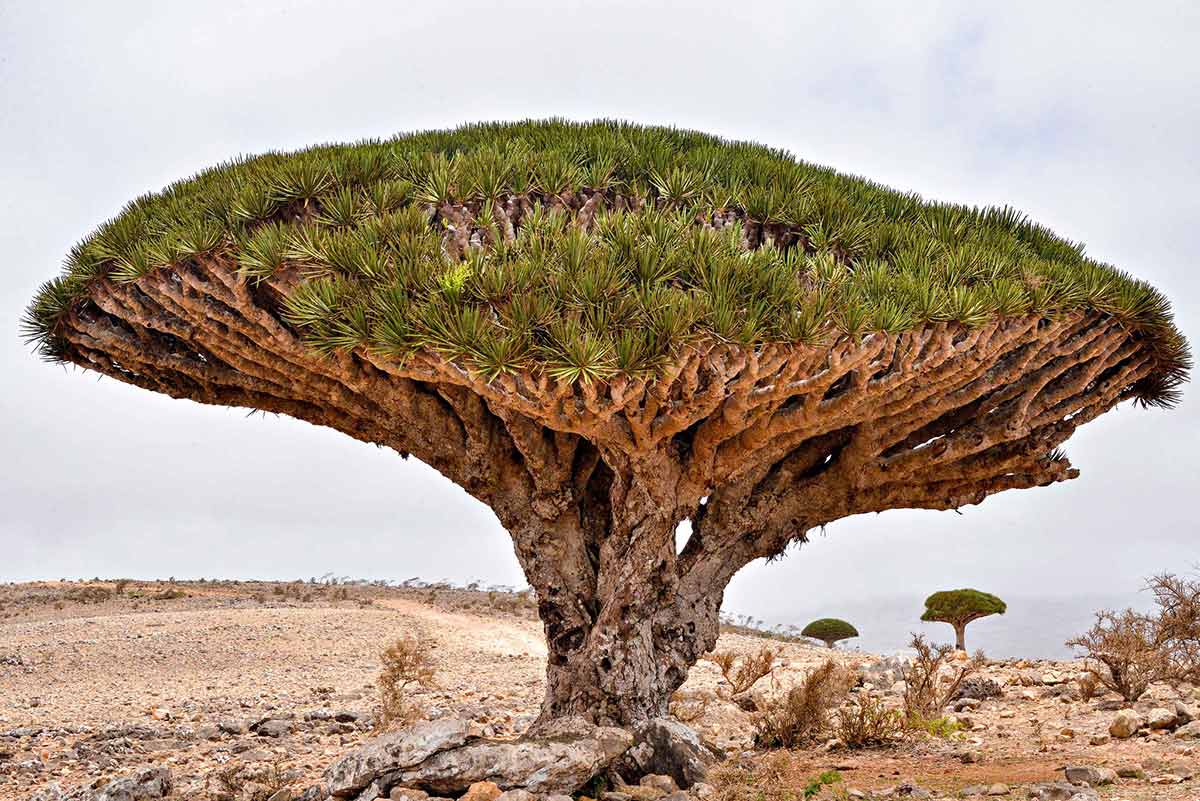 While the Pando tree may mistakenly be taken for a massive forest, it is actually a color of one single quaking aspen! It is the largest single organism and has only one underground root system. It´s estimated to weigh 6,000,000 kilograms and is nearly 80,000 years old – making it also one of the oldest known organisms. It is located in Fishlake National Forest in Utah. 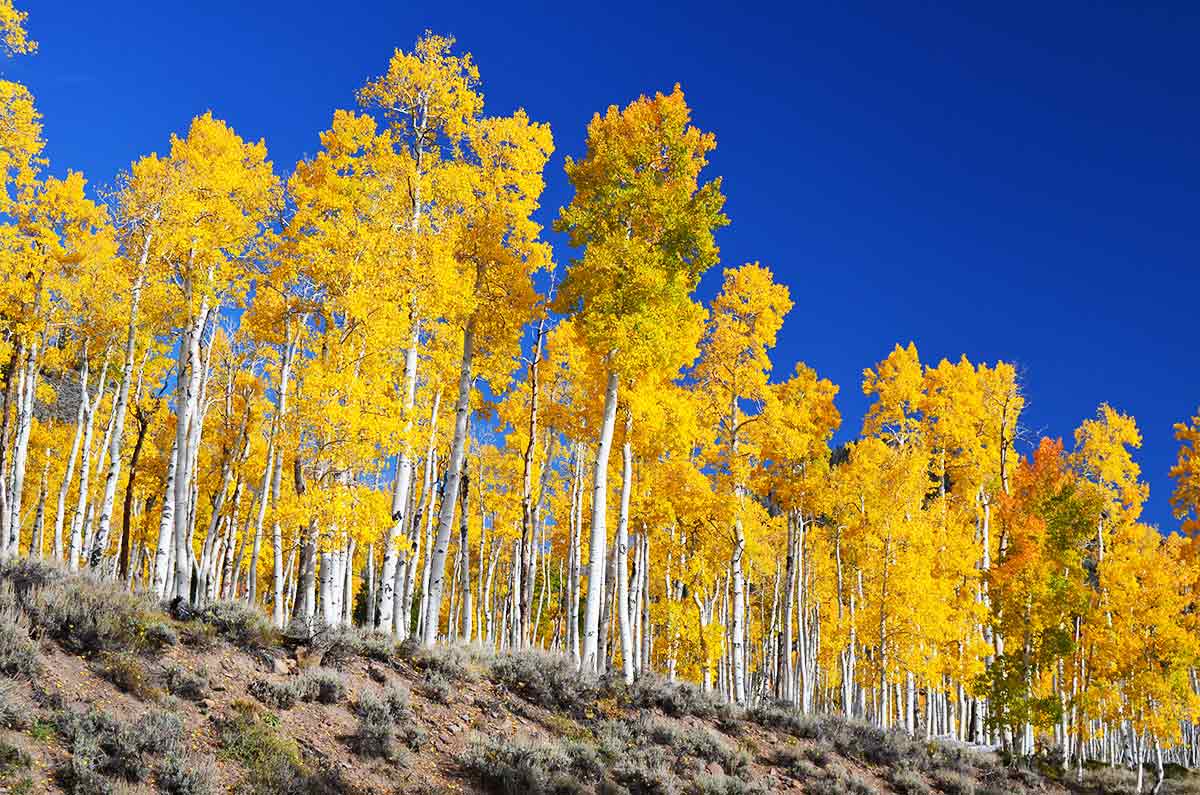