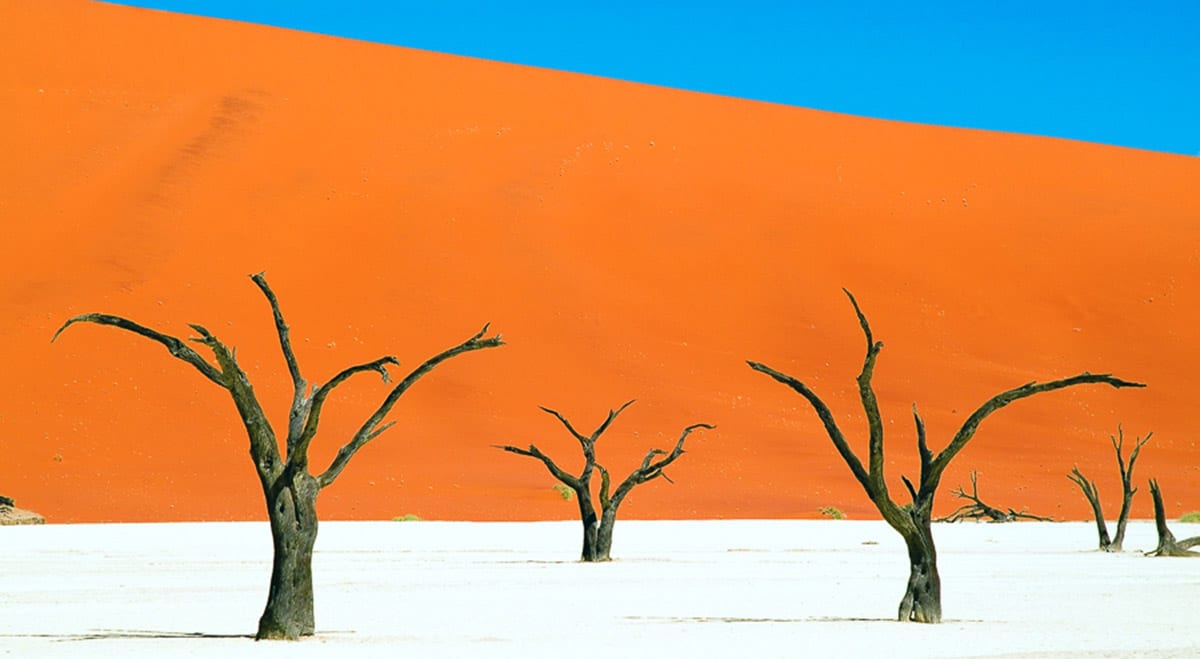 A Sight To Behold

Located inside of the Namib-Naukluft Park in Namibia is Dead Vlei. The name Dead Vlei is quite literally translated to mean ¨dead marsh or valley,¨ as it is located in a valley between two high dune peaks. It is found to be situated between the tallest dunes in the world, some of which even top the Empire State Building itself and are measured to be around 1,312 feet high.

While Dead Vlei is now a dry desert land, it once contained a flowing river, and housed many trees and plant life in the middle of the desert. Once the desert ran dry around 900 years ago, the climate dried up, and Dead Vlei was blocked off from water access by the towering dunes. It is said that it once was brimming with life, and now only hosts the skeletons of the trees which ones reigned in the valley. Now the temperature is so dry that the trees left over cannot properly decompose. These trees are estimated to be around 1,000 years old. The ground is so dry that it has been bleached white and is extremely rough and texturized. 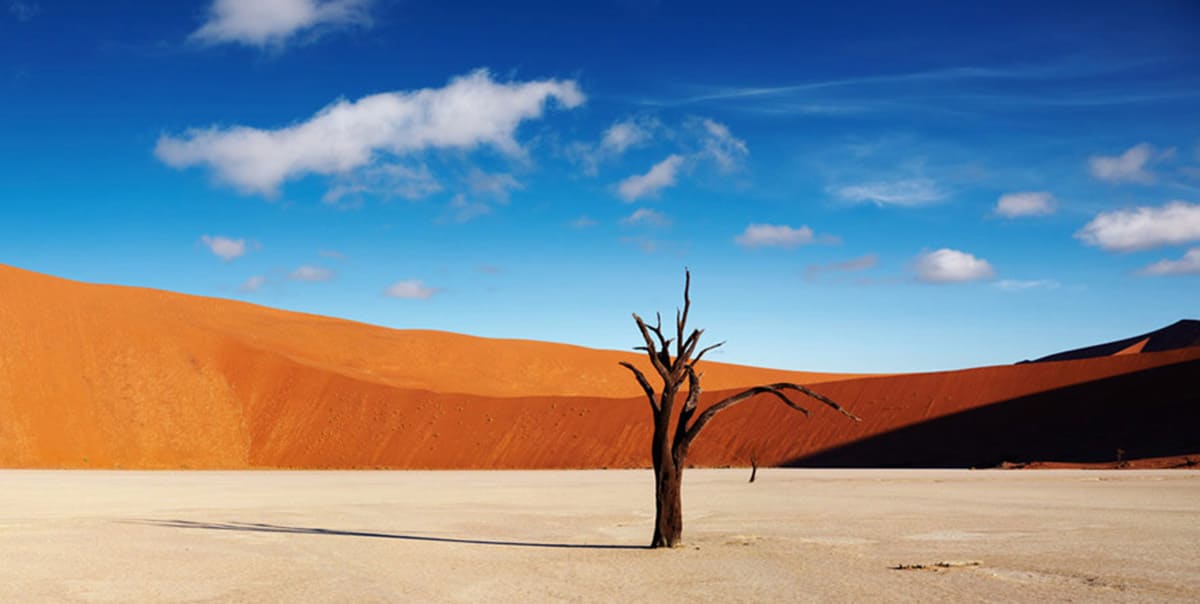 The land itself is quite surreal, and at night this location boasts some of the clearest skies in the world. Even in its surreal alien-like appearance, it is known as being the most beautiful ‘dead’ place on Earth. 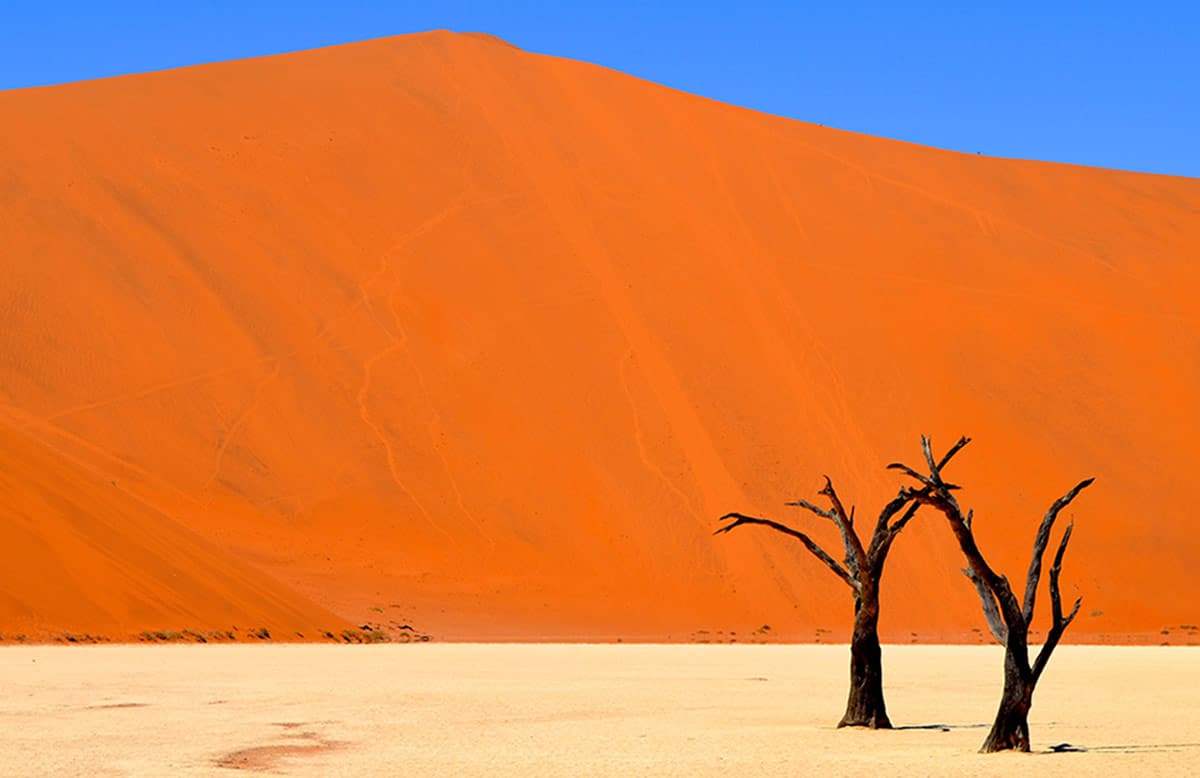