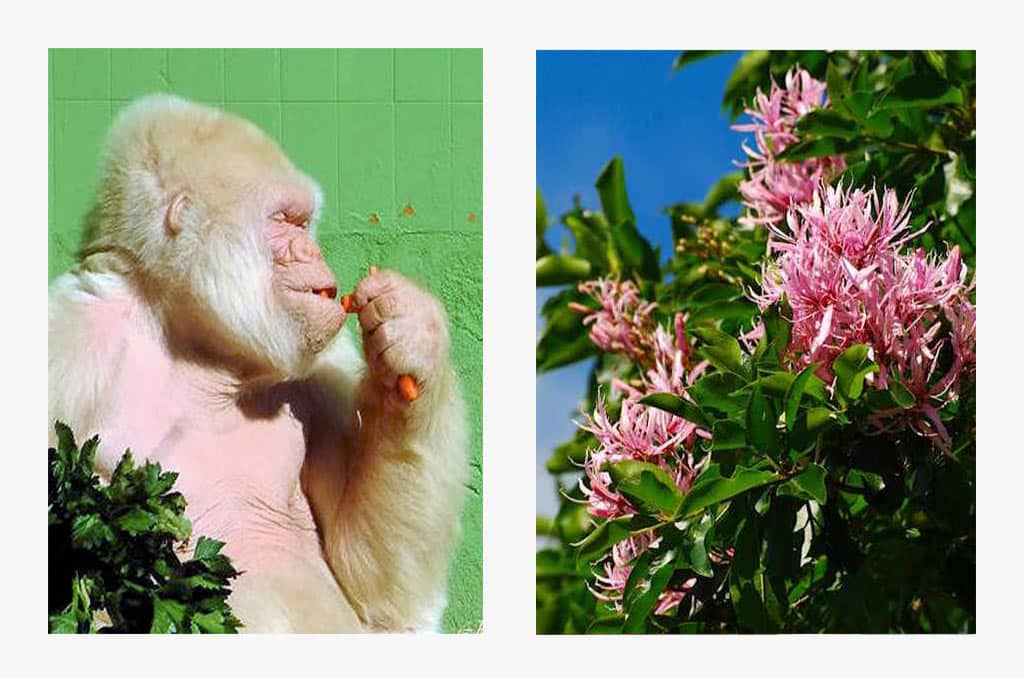 “Little Snowflake” (Copito De Nieve) was the world´s only known albino gorilla. He lived in the Barcelona Zoo for a majority of its life. Snowflake was captured in Equatorial Guinea in 1966 and then transferred to the Barcelona Zoo.
He lived nearly 40 years in the zoo, and was its most famous resident. During his time at the zoo, he fathered he fathered 21 gorillas, who have now given birth to 10 grandchildren.

A Living Tree In Snowflake´s Honor

Snowflake was famous for being the only known albino gorilla in the world. He passed away in 2003 from skin cancer, which was undoubtedly related to his oculocutaneous albinism. Well, everyone knows why “little snowflake” was so special, he was the only white (albino) gorilla in the world. But what most people don’t know is that he was cremated and planted using a Bios Urn®.

When Bios Urn® was just an unknown project, the authorities of the Barcelona zoo decided to contact us to see if we could create an early prototype of the urn and used it to plant a ‘Calodendrum Capense’, a South African tree that can grow to be 20 meters high.The Calodendrum Capense, more commonly known as Cape Chestnut, is a beautiful pink flowering tree. They thought the tree be a great symbol to memorialize the existence of a unique animal, so they planted little snowflake´s Bios Urn® and tree on a parcel of land in Barcelona’s zoo which can still be viewed today.

We don´t usually share this story to promote Bios Urn® because the characteristic that made him different was what condemned him to live in captivity – but we are honored to have been a part of his end-of-life plans, and happy to see his living tree flourishing year after year.

Speaking of Albino, have you ever heard of the fascinating albino redwood tree? Only 60 known trees are known to exist in the wild, and just like Snowflake – they are special and beautiful.

10 Best Documentaries about Nature that you should watch

Popular trees you can grow with a Bios Urn® in Canada

Green, Greener, Greenest –The Rise Of Natural Burial Cemeteries In The Netherlands

Sun exposure: Does it really matter?