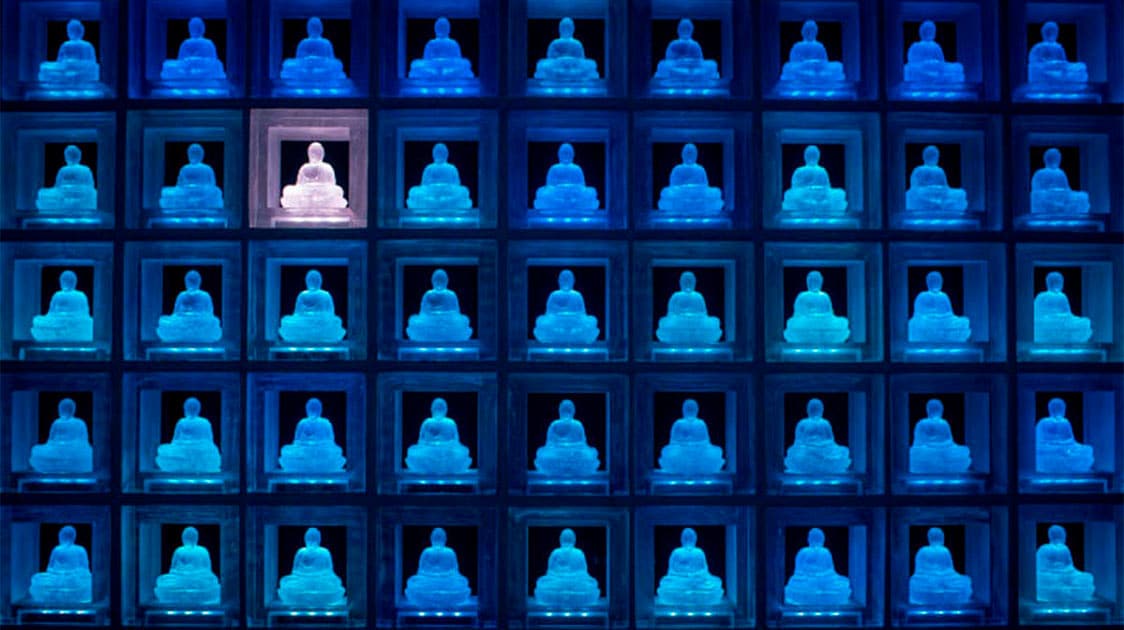 All over the world, people and cultures have come to define death by the traditions that surround them. In Mexico, the popular “Dia De Los Muertos” is a colorful contrast to what’s generally an all-black affair. Other traditions, such as China’s “ghost month”, serve as a reminder that our ancestors are among us, even if they do not occupy physical space.

Rituals are are an undeniable feature of human social existence which reflect the human experience. They are components of cultures, which extend to almost all subjects, including the most personal ones – such as loss and death. What’s fascinating to see, is how technology is coming to shape new norms and giving rise to a new set of rituals (and by extension traditions.)

With the advance of social media, these rituals are becoming defined by the individual, and have led to more awareness, as is evident by the global spread of venues like the “Death Cafe.” In the United States alone, nearly 81% of the population has some form of social media account. Taking that number into consideration, it’s no wonder that aside from a living will, a digital will may also be necessary or wise to have. It’s also understandable that so many people use it to pay tribute to those who have passed. Many people take to social media to post photos, memories, or thoughts about those who have passed on, be it pet or person. In many ways, these platforms have become social pillows of sorts, allowing us to share intimate moments with our friends and audience.

In 2017, an NPR article explored the link between technology and modern memorial alternatives, such as the Bios Incube®. In the NPR article, Dr. Candi Cann, professor at Baylor University, and author of Virtual Afterlives: Grieving the Dead in the Twenty-first Century, commented on the Bios Urn®. “The Bios Urn® concept is indeed part of a larger transformation in which technology is changing how we think about death and dying….recent theories on mourning reveal that having continued bonds with the deceased allow us to navigate everyday life while renegotiating our relationships with loved ones who are no longer present,” she says. “So in this way, the Bios Urn® might actually foster a healthy type of mourning that allows us to look after the dead in an active, daily way.” 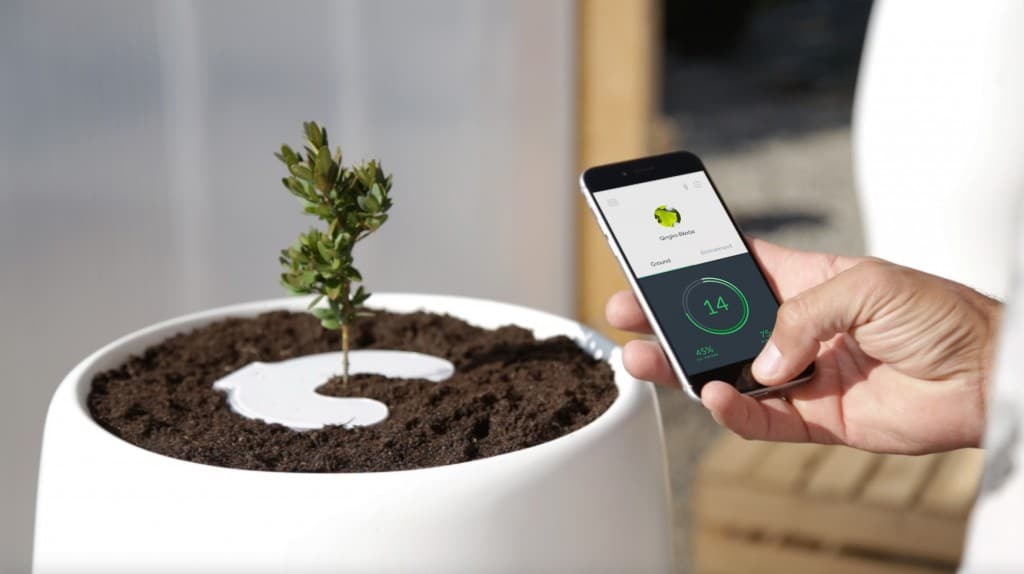 The Bios Incube is a memorial option, which explores the relationship between technology and death.

We spoke with Dr. Candi Cann, death studies scholar,  to find out more about how these new rituals are being formed –  both intentionally and unintentionally – thanks to technology and social media.

Bios Urn®: How do you think technology will play a role in future death rituals or traditions?

Dr. Cann: I think technology does a few things—it democratizes dying, death, and grief (so now everyone has equal access to the dying, the dead, and expressions of grief—and not just a select few), and it also allows us to have a conversation about death in a way that can acknowledge the messy and sometimes difficult reality of dying, death, and grief. It also gives the average person a platform and an audience (which is not always a good thing).

In terms of how technology will play out in future death rituals and traditions, it’s already being utilized in interesting ways….. in disposal of the dead, some crematoriums are exploring with harnessing the energy from cremating bodies and converting that energy into light or energy to power a memorial (see Columbia University’s DeathLAB, for example). Cemeteries and memory gardens are using Augmented Reality interfaces to overlay and embed videos, playlists, pictures, etc. of the deceased into the Real Life landscapes where the dead are buried or interred. I think this could really change the ways in which people interact with the dead and remember them. In China and Japan people utilize apps to leave offerings, recite prayers, and burn incense at the graves/columbariums of the dead; this cuts down on things like pollution, traffic, and grounds upkeep since people can virtually visit and maintain the tombs of the dead. Technology in this case allows people to outsource their grieving rituals while still observing them. Finally, I believe avatars will become more important as computer interfaces become more sophisticated. I think avatars and artificial intelligence may be one of the more dangerous technological developments since I think it could complicate grieving and make it more difficult to realize when someone has died.

Bios Urn®:Do you think technology could lead to the creation of new traditions that we adopt for years to come?

Dr. Cann: Yes! We have already seen social media and smart phones changing the ways in which people announce deaths and/or funerals, celebrations of life. I think apps will continue to be more important in the grief process. I am also excited to see where technology goes, although as I wrote above, I have some concern about avatars. 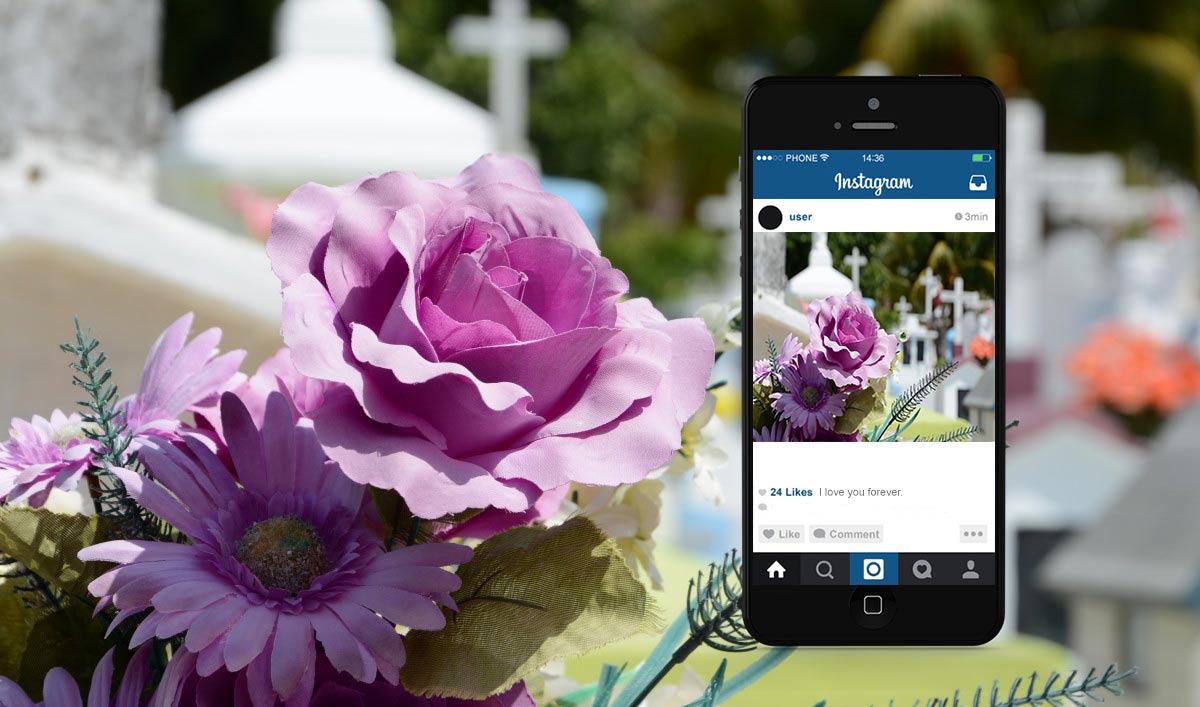 People often see social media as a way to seek solace during loss or grief.

Bios Urn®: In your opinion, do you think that different countries will adopt different virtual methods of grieving the dead, or will they be similar?

Dr. Cann: Yes, I do—mainly because different countries have different needs driving the way death and grief operate. In China, for example, there are massive land shortages for burial of the dead, so people tend to be cremated (and the government also heavily subsidizes cremation), and then urns are rotated out after a certain amount of time. In Hong Kong, there is so little space for the dead, that the ashes of the deceased are being interred off-land in sea reefs. This means that apps honoring the dead (and visiting them where they are not physically accessible) are more popular and even necessary. Also, in China there is a tradition of burning paper money, clothes, houses, etc. at funerals of the dead—as we have made technological advances, cardboard i-pads, and smart phones are also being burned so that the dead can access technology in their afterlives…..so technology is needed in the afterlife as much as it is the realm of the living. 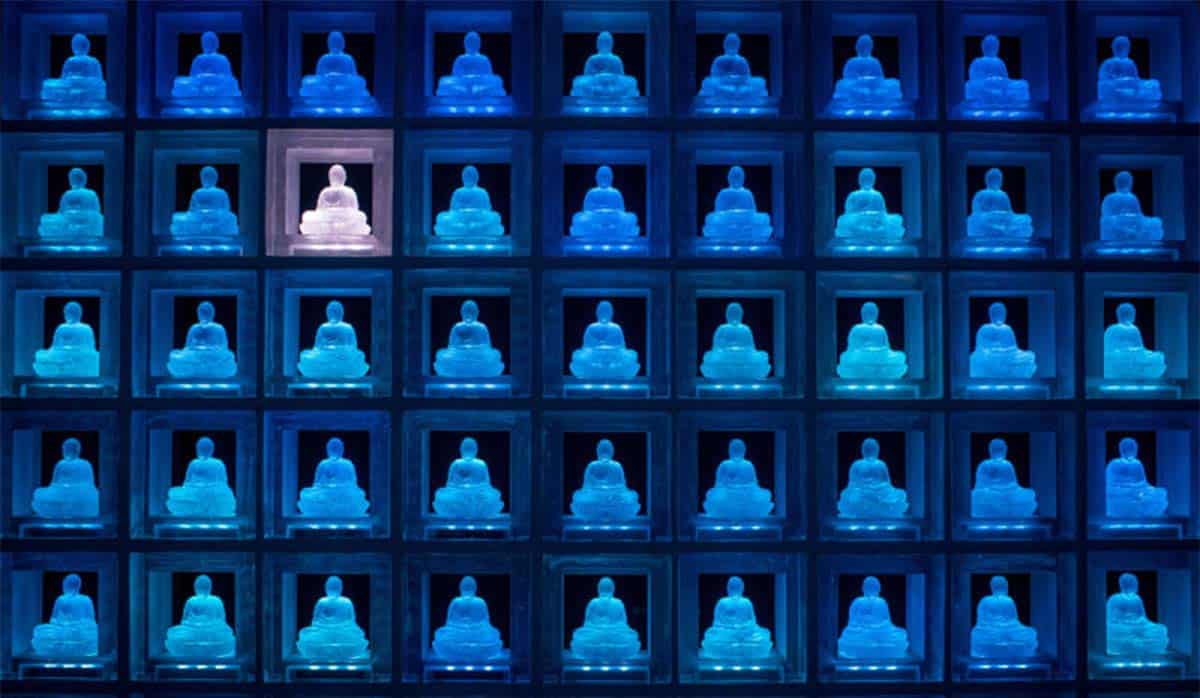 The “Ruriden” Cemetery in Japan houses Crystal Buddha Statues, each representing an individual who has passed. The individual’s buddha lights up when a visitor comes. Photo by Chris McGrath/Getty Images

Dr. Cann:Yes and no. I think technology allows for new ways to disappear the dead, or to turn them into spectacle (I’m thinking here of violent movies or videos, or even recordings of real deaths), in which the dead are not taken seriously but are viewed as entertainment. I do see interesting apps and ways of utilizing technology so that the dead are at our fingertips, but then we are not necessarily engaging with the dead in real life when we do that, so this could cause us to further disengage over the permanence of death too.

Bios Urn®: You wrote a book entitled “Virtual Afterlives: Grieving the Dead in the Twenty-first Century” – can you tell us what inspired you to write it?

Dr. Cann: I wrote Virtual Afterlives because I kept seeing new forms of mourning emerging online and some people were disturbed by the ‘invasion’ of death on their lives…. While I agree with Aries that death has become invisible in contemporary western society, that invisibility in my mind is because people are uncomfortable with the feelings surrounding dying, death, and grief… But I think death demands to be included in everyday life…. that we can’t find meaning in our lives without the reality of death. People who have/had experiences with death then don’t really have a place to go to talk about their experiences, so they were turning to social media to talk about it, and this was upsetting to others who wanted to maintain their distance from death. When I started researching this I found other ‘alternate’ forms of grieving (tattoos, car decal memorials, ghost bikes), which were, in my opinion, part and parcel with what was/is happening on social media.

Bios Urn®: What can we do to plan for our virtual legacy?

Dr. Cann: Great questions! I think we should have a living will/advanced directive, a will for our estate, and a digital will, in which we leave someone we trust the passwords to our digital accounts and social media and outline what we would like to happen to those accounts. These accounts are repositories of our photos, videos, thoughts, etc. that we can leave to our loved ones once we are gone.

We would like to give a special thank you to Dr. Cann for her time in speaking with us! 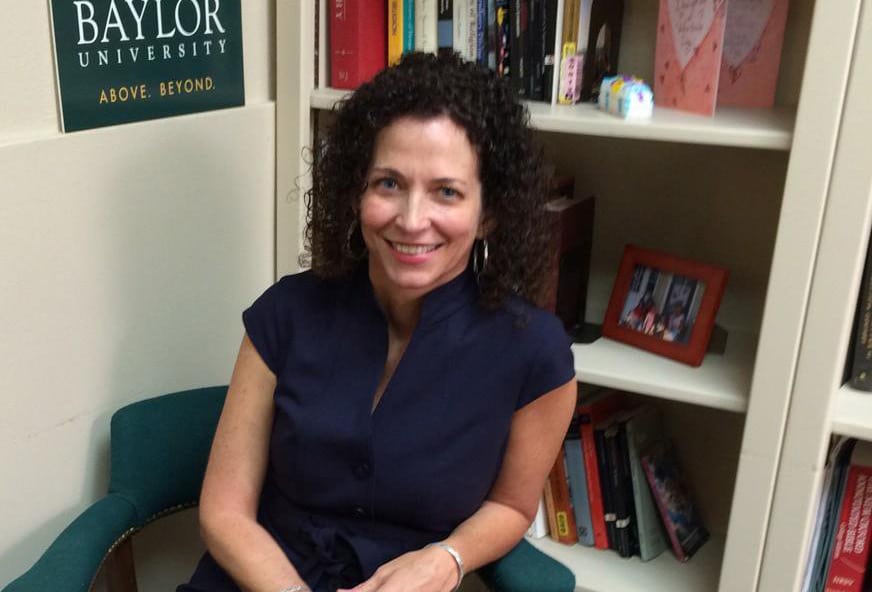 Virtual Afterlives: Grieving the Dead in the Twenty-first Century

“For millennia, the rituals of death and remembrance have been fixed by time and location, but in the twenty-first century, grieving has become a virtual phenomenon. Today, the dead live on through social media profiles, memorial websites, and saved voicemails that can be accessed at any time. This dramatic cultural shift has made the physical presence of death secondary to the psychological experience of mourning.
Virtual Afterlives investigates emerging popular bereavement traditions. Author Candi K. Cann examines new forms of grieving and evaluates how religion and the funeral industry have both contributed to mourning rituals despite their limited ability to remedy grief. As grieving traditions and locations shift, people are discovering new ways to memorialize their loved ones. Bodiless and spontaneous memorials like those at the sites of the shootings in Aurora and Newtown and the Boston Marathon bombing, as well as roadside memorials, car decals, and tattoos are contributing to a new bereavement language that crosses national boundaries and culture-specific perceptions of death.

Examining mourning practices in the United States in comparison to the broader background of practices in Asia and Latin America, Virtual Afterlives seeks to resituate death as a part of life and mourning as a unifying process that helps to create identities and narratives for communities. As technology changes the ways in which we experience death, this engaging study explores the culture of bereavement and the ways in which it, too, is being significantly transformed.”