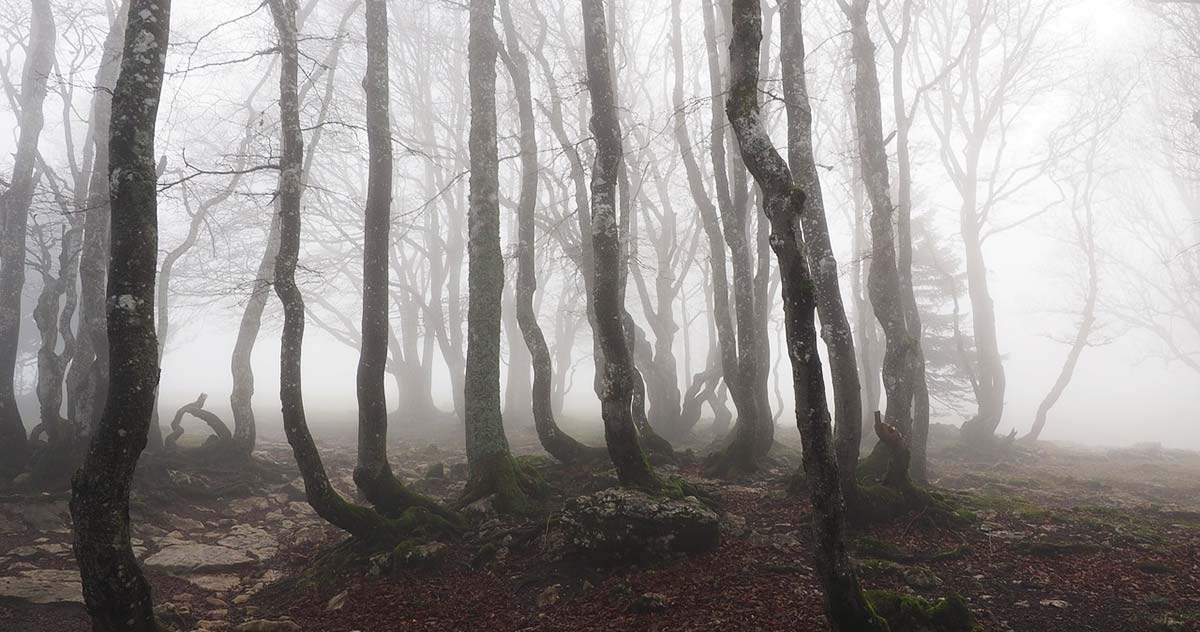 While images of the forest generally invoke a sense of calm and wonder, there are several forests around the world which do the opposite. Forests are nature’s playground, teeming with life in it’s most pure form. While most are beautiful there are some in the world which are thought of or believed to be “haunted.” What is the cause behind believing these forests are “haunted”? For some, it’s a general eerie feeling which is indescribable, and for others it’s heavily rooted in myth or folklore. Below are some of the creepiest forests found all over the world.

This forest is located near Pluckley, the village defined as the most haunted  in Britain.

The forest, situated in Kent, is also known as Dering Woods. However, it gained the nickname the “Screaming Woods” for an obvious reason. Reports claim that if you enter, you will hear the screams of the people who got lost there and died. According to the legend, among those screams you will probably hear a suicidal army colonel who lived back in the 1700s.

This forest is part of what is called “Bridgewater triangle”, an area in Massachusetts known for its paranormal activities, among which UFO, bigfoot sightings and giant snakes. If you don’t believe legends, sadly enough, this forest has also been the actual crime scene of various murders in the last decades. Among them, Mary Lou Arruda, a fifteen year-old cheerleader was found dead here in 1978 and a police officer in 1987. It is believed that the area was also used for satanic sacrifices.

For those who believe in this kind of things, the history of this forest might
explain a little bit all these terrible events. The Wampanoag Tribe owned this land and when Wamsutta sold it, the tribe might not have backed the deal. Some people claim that crimes and paranormal events will stop when the tribe will be given back the land.

If you type the name in Google you will find out that it is described as “one of the most haunted places in India”. Every imaginable kind of paranormal activity has been associated with this forest, located in West Bengal. Some locals say to have seen a headless young boy walking around, others to have heard footsteps in their own houses or female screams at night. It seems that the centre of the paranormal activities is the Victoria Boys High school, where footsteps are heard even when the school closes for the three-months vacation.

All these paranormal events drove many people living in the area to commit suicide because persuaded to be followed and haunted by ghosts.

It is a 35-square-kilometre (14 sq mi) forest located at the base of mountain Fuji in Japan. The forest – also known as Suicide Forest or Sea of Trees – is sadly known (as the nickname suggests) because chosen as final destination by many souls who don’t plan on returning.

In spite of being a tourist destination for its numerous icy caverns and quiet paths, its reputation is mainly due to macabre reasons. Numerous signs are put up by the police in the forest to convince people to reconsider their actions, with sentences like “Your life is a precious gift from your parents,” and “Please consult the police before you decide to die!”.

Unfortunately they are not so effective if we think that the Aokigahara Forest is the second most popular location in the world to commit suicide (the first is the Golden Gate Bridge) and the first in Japan. 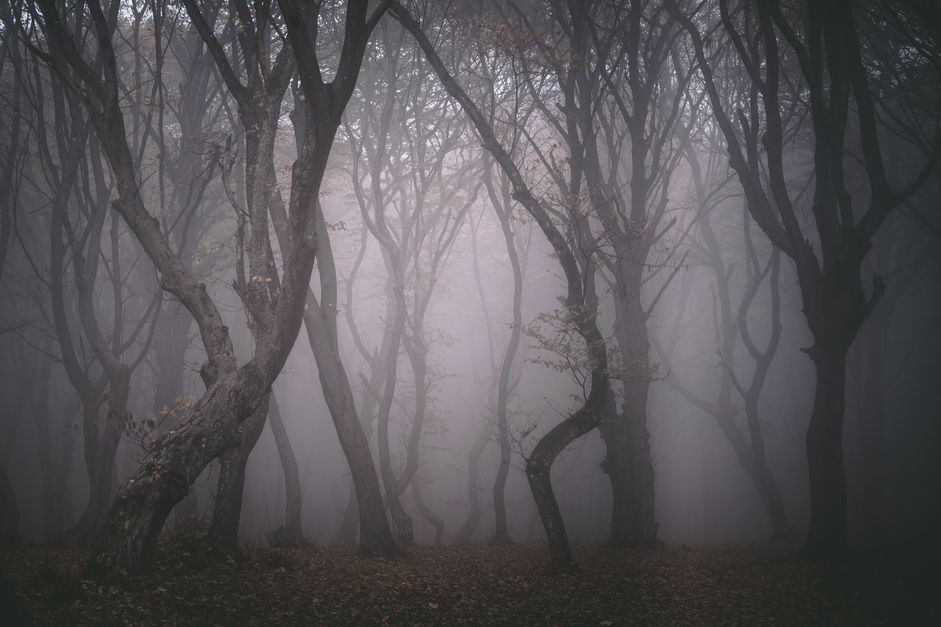 Hoia Baciu Forest, located near the city of Cluj-Napoca in Romania, is one of the scariest forests in the world. Defines as the “Bermuda Triangle” of Romania, it is often associated with paranormal phenomena. It´s unclear if it´s because of suggestion or due to real inexplicable reasons but thousands of people narrate to have suffered all sorts of mysterious sensations from headache to sickness after getting in. Moreover, paranormal activities, unexplained events and UFO sightings were reported. Not yet satisfied? Inside the forest there is a perfect circle without vegetation and where trees don’t grow.

The Red Forest (previously known as the Worm Wood Forest) is the 10-square-kilometre (4 sq mi) area surrounding the Chernobyl Nuclear Power Plant. Due to the terrible nuclear accident in 1986 the pine forest around the station turned to ginger-brown color and died. This forest is sadly, one of the most contaminated places in the world.

Deep in the North Carolina woods, there is a mysterious circle area where no plant life or flora grows, and it’s said that no animals cross through it. According to local legend, this circle area is the “devil’s stomping ground,” where it comes to dance every night. The area is known widely by locals, and many in fact have claimed to see suspicious activity by the circle. Some have claimed they have left things in the circle overnight, only to find the items thrown out of the circle by the next day.

The forest which inspired the Brothers Grimm to write their fantastical fairy tales is also known to be paranormal. Many of the Grimm fairytales are set in these exact woods. The name “black forest” is quite literal, as hardly any light is able to break through the dense forest.

Fortunately not all the forests around the world are like these. Which do you think is the creepiest? Do you know any creepy forest close to you?