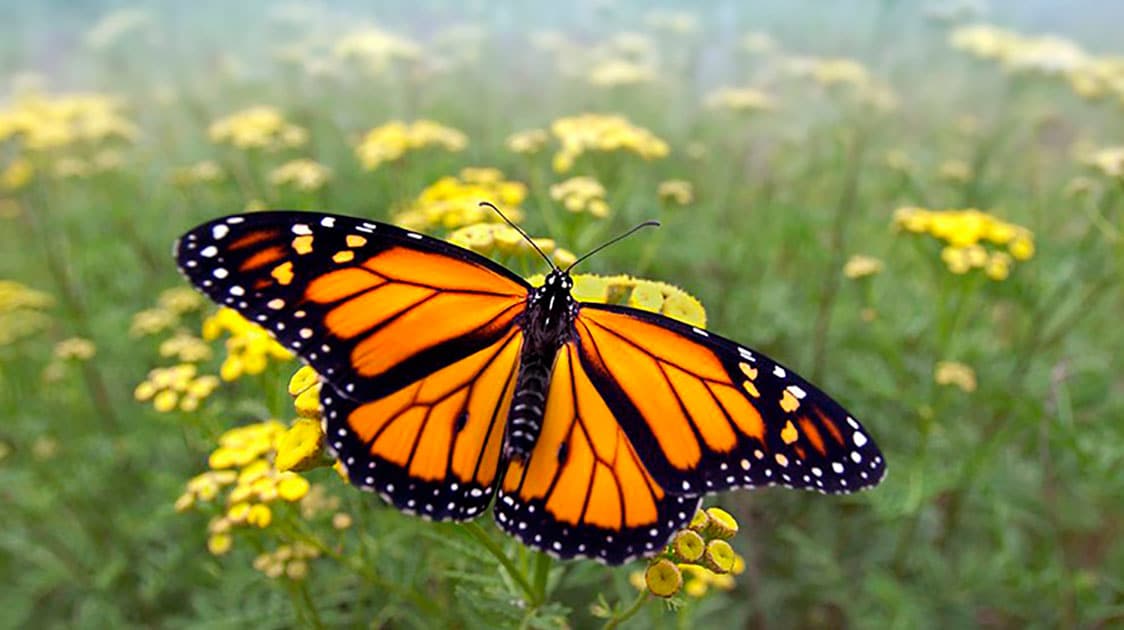 Monarchs have been imperiled for the last two decades

Monarch butterflies have experienced a breathtaking decline in the past 20 years, going from a billion strong in 1996 to roughly 30 million today because of habitat destruction. On February 9th, 2015, the U.S. government announced the first federal pot of money for rescuing monarchs, with the Fish and Wildlife Service earmarking $3.2 million for the effort.
About $2 million will go toward conservation programs, with the balance seeding the Monarch Conservation Fund, to be administered by the National Fish and Wildlife Foundation. The foundation will solicit donations to match Fish and Wildlife Service funding.

Fish and Wildlife will also work with the nonprofit National Wildlife Federation to further its monarch project by making public land, facilities, and staff available when appropriate. (See “As Dwindling Monarch Butterflies Make Their Migration, Feds Try to Save Them.”)

On-the-ground efforts are crucial to saving the iconic butterfly because weed eradication efforts, along with the loss of prairies, have destroyed milkweed plants, which monarch caterpillars feed on exclusively. A petition to list the monarch as threatened under the federal Endangered Species Act is now under review by the Department of the Interior.

Fish and Wildlife will focus on restoring milkweed in key areas across the country, including spring breeding areas in Texas and Oklahoma, summer breeding grounds throughout the Midwest, and places west of the Rocky Mountains. (Read “Found at Last: The Monarch’s Winter Home” in National Geographic magazine.)

The idea is to restore enough milkweed to support increasing numbers of new monarchs. Devastating storms can wipe out 75 percent of the winter population in Mexico—one such storm killed 500 million monarchs in 2002. There were enough butterflies then that the survivors were able to reestablish a population, but recovering from such a blow would be much more difficult today.

“Saving the monarch is actually a challenge that we can solve,” says Collin O’Mara, president of the National Wildlife Federation. All it takes, he says, is planting milkweed. (See “Monarch Butterfly’s Reign Threatened by Milkweed Decline.”)

10 Best Documentaries about Nature that you should watch

Onyx was one of Puerto Rico´s most loved dogs

Popular Trees You Can Grow With A Bios Urn® In Asia