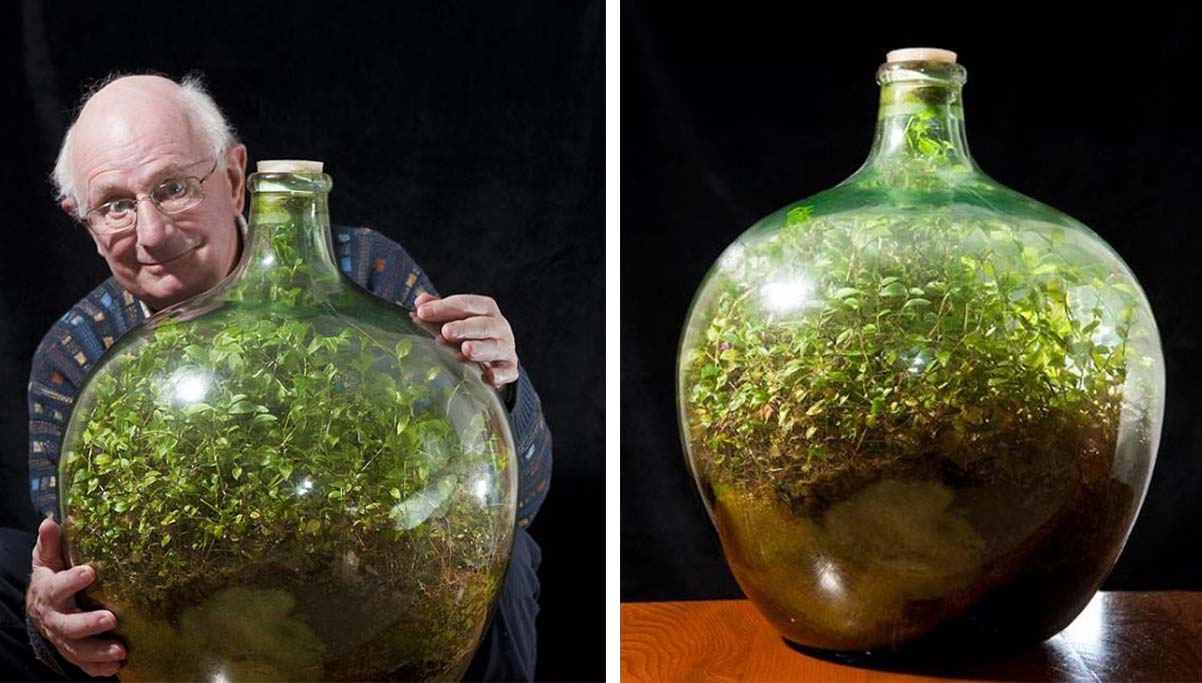 Do you love plants but lack a green thumb? If you answered yes to the question and you still don’t have plans for your next Easter holidays, you should absolutely read the story of David Latimer hereafter and take inspiration from it for your Easter Sunday.

Bottle gardens, also known as terrariums, were in vogue back in the 60’s. David Latimer, a British man now in his 80’s, planted a bottle garden as an experiment on the Easter Sunday of 1960. He took a ten-gallon vessel, he placed in some compost and then using a piece of wire lowered in a seedling. He poured in a quarter of a pint of water and sealed it.

What started as a way of spending the Sunday afternoon is still there after 55 years. However, the most extraordinary part of the story is not how old the garden is  but the fact that David watered it only once since then, in 1972. That is to say the garden was open and watered only once in 55 years! The bottle garden sits in the same place it has for the past 27 years,

How can this even be possible? To keep it simple, Mr Latimer’s bottle garden has created its own ecosystem. The transparent materials of a terrarium (plastic or glass) allow the light to enter and the plants within to photosynthesis, that is to say to transform sunlight into the energy they need to live. The sealed container creates a small-scale water cycle: moister from both soil and plants evaporates, the water vapor condenses on the walls and then falls back down on the plants. This process constantly supplies water to the plants and prevents them to become over dry.

For those of you who are skeptical, David admits that only one of the original four species survived in these conditions. However, it is more than enough to remind us – as the award-winning British gardener Chris Beardshaw said – “how pioneering plants can be”.

Chris Beardshaw commented on this and said: ‘It’s a great example of the way in which a plant is able to recycle… It’s the perfect cycle of life.’

Watch a video on how to start your own bottle garden at home!

And what about you? Have you ever tried to do a bottle garden or terrarium? 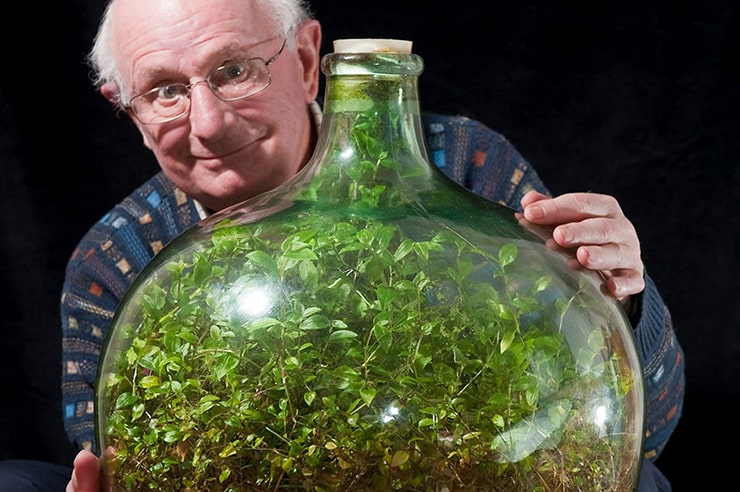 Terrariums and Bottle Gardens contain the mystery of life.