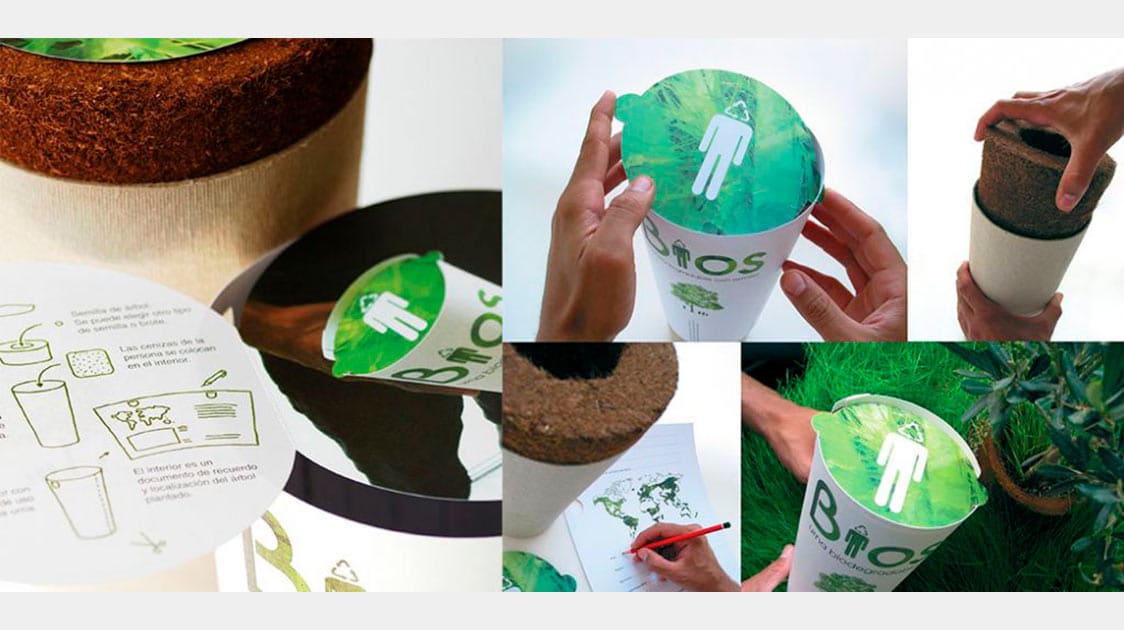 Functionality and use of design

The idea for the Bios Urn® came to co-founder Gerard Moline when he was a young child. He was in the garden planting flowers and vegetables with his grandmother, when she discovered a dead bird. She instinctively took the bird, buried it in a hole and planted some wildflower seeds on top – thus giving it new life. Gerard carried this memory with him for many years, and in 1997 he debuted the first prototype for the Bios Urn®.

For many years, the Bios Urn® remained a mere prototype and in 2001 the first working prototypes were produced. The Bios Urn® went on in 2001 to be a design winner for ADI FAD Medal, and in the year 2005 it was nominated as a finalist for the INDEX award. with a “design to improve life.” During this time, one of the very first Bios Urns® produced was used for “little snowflake,” the only known albino gorilla in the world, who passed away.

While the design has changed over the past decade, the core focus of Bios Urn® has remainder the same: to add meaning to this process of life, and return to nature. The Bios Urn® is a biodegradable urn which holds the ashes and aids in growing a living tree. The original design was made of a type of wood, and soil. The first working prototypes were made with paper, and cellulose.

Today the Bios Urn® is composed of 100% recycled materials which are locally sourced. It contains recycled paper, cardboard, vermiculture and coco fibre. It is made of compacted organic material (coconut shell and recycled paper) which is then covered in a layer of cellulose containing organic fertilizer designed to grow a tree. Once ashes are poured in and the urn is planted, a tree will grow. It’ also produced ethically, and locally.

How did this design improve life?

Bios Urn® is an urn for ashes, which transforms the ritual of death into an act of regeneration and life. Less room for cemeteries, and more room to grow trees is one great way to deal with pollution, overpopulation, and deforestation. “Thanks to the Bios Urn®, graveyards can turn into forests filled with life and meaning and the end of our lives would become an act of reconciliation with nature itself.”

The intent of Bios Urn® is to offer users a solution for remembering deceased persons in a natural, sustainable fashion, thereby turning the “death” process into regeneration and return to life by means of nature. Our company objective is none other than to offer a economic, ecological and sustainable product that falls in line with our group’s philosophy: things can be different.