The loss of a child is one of the most difficult things a parent can ever endure. In 2016, Susan Pendleton unexpectedly lost her 19 year old daughter Alexis. Her daughter´s life was tragically cut short by a drunk driver in Arizona. Susan decided to use a Bios Urn® for her daughter Alexis, because Alexis was a lover of nature and had a special garden she had started in her backyard. CBS Arizona recently did a story on Alexis´ special tree and garden.

“We had a garden out front of our house that Alexis loved. Whenever she broke anything in the house, including my art work, we put it in this garden. Alexis called it her broken garden. It was very special to her because she made it herself. And so it was very special to all of us. Now that our hearts are broken we wanted to make a garden that would be part of her; a garden that we could tend and nurture in the world just as we will always tend and nurture her in our hearts.”

As CBS reported, “An Arizona mother who is mourning the loss of her daughter found a way to keep her close. She says in a way, her daughter is continuing the cycle of life.” 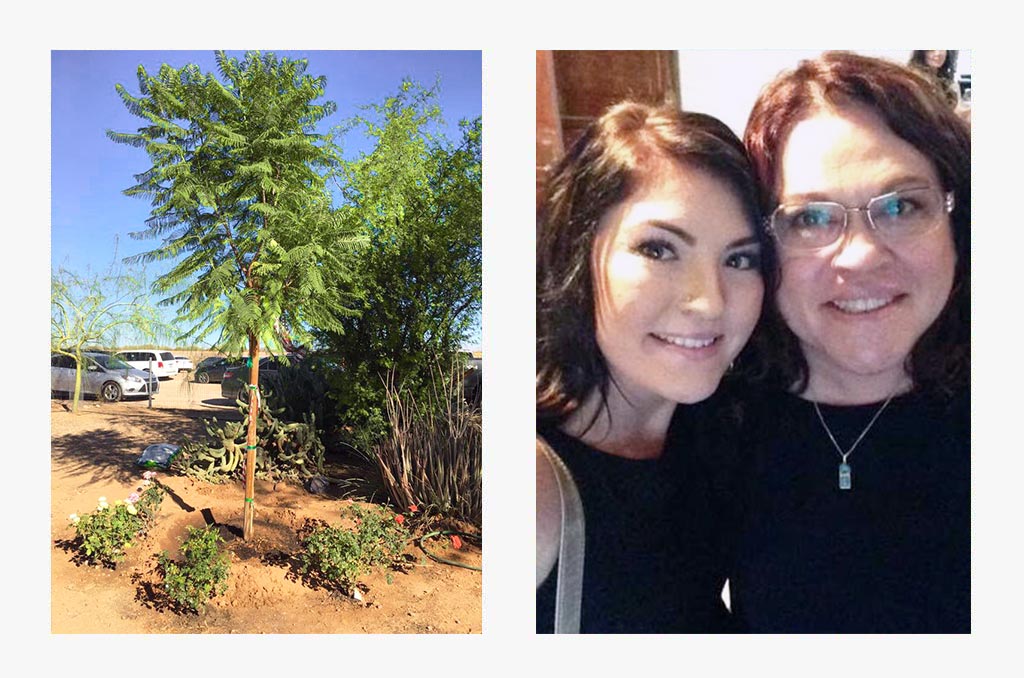 Susan purchased a Bios Urn® for her daughter´s ashes, and decided to use a Jacaranda tree which was one of Alexis’ favorite trees. When Susan went to a nearby nursery (Moon Valley Nursery) to pick out the tree and told them of her plans to use it with a Bios Urn®, they were so receptive to her that they donated a Jacaranda tree for Susan to use.

Since planting the tree in 2016, it has bloomed beautifully and has grown incrementally as well. Susan says the tree blooms beautiful flowers, year after year, which are reminiscent of Alexis personality and beauty.
“The tree was fitting to her beauty and to her personality, something alive and expressive of who she was that no casted artificial thing could ever provide.” Sitting next to the tree are rosebushes, and a sign commemorating Alexis´ life. 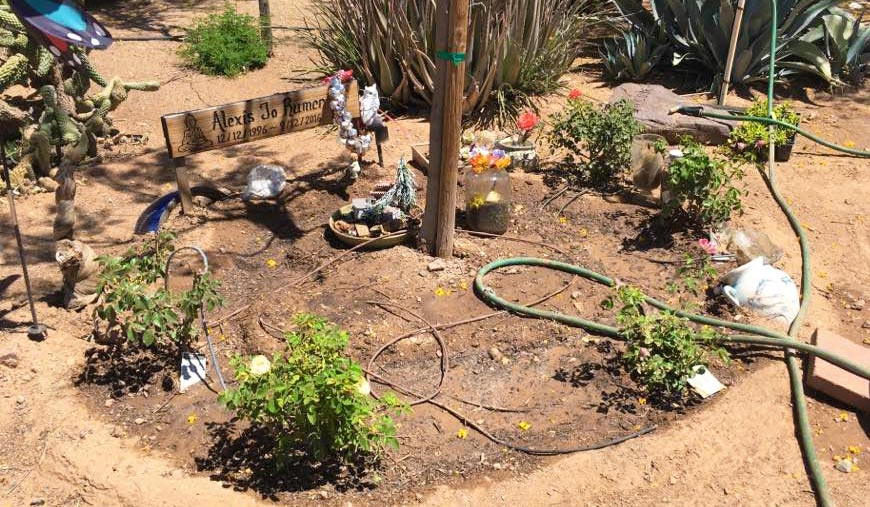 The mortuary Susan dealt with, divided her ashes into two biodegradable Bios Urns® for her, allowing her and her family to place some under the Jacaranda tree, and the rest at one of Alexis’ favorite locations in California.

Recently, CBS 5 in Arizona did a feature story on Alexis and her beautiful tree. Susan is a devoted mother who goes outside every day to visit her daughter´s Jacaranda, and to spend some time in Alexis’ garden. She sees it as a way of being close to her in spirit.

“And so she is here with us in her garden. As life cycles on her micro organisms are one with the tree, and she is there growing with the tree and with all of us.

Susan told us that her five year-old grand-daughter and kisses the tree when she misses her, and she does too. 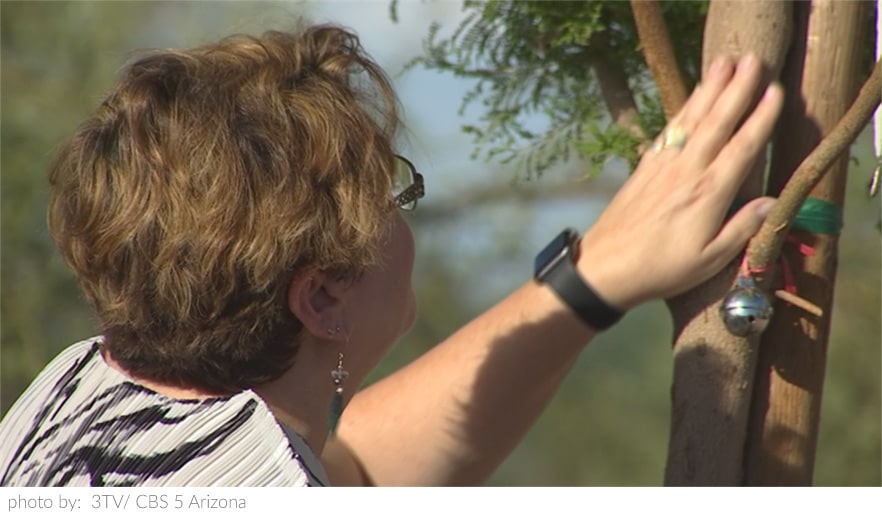