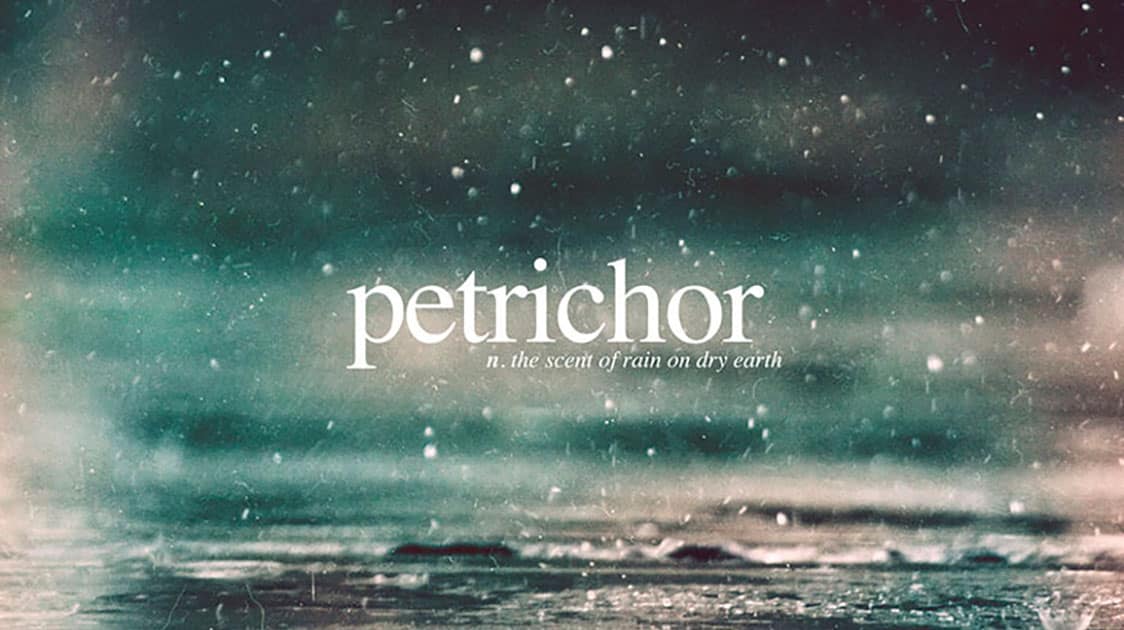 This word stands for the earthy scent produced when rain falls on dry grounds. The word is composed by the combination of two Greek words: petra, that is to say stone, and ichor in Greek mythology the eternal essence that was supposed to be the blood of gods.

The term does not date back to ancient Greeks though, but to 1964. Two researchers, the Australian Isabel Joy Bear and the British Roderick G. Thomas, coined it for an article in the journal Nature. They needed a word to describe the pleasant smell that is produced when the first rain comes after a warm, dry period.

According to the authors during dry periods certain plants release a liquid that is later on absorbed by clayey, rocky soils. During rain, the oil is released into the air and produces the scent. The same scientists affirmed in a following paper that plants might release this liquid because it retards seed germination.

Now, thanks to the MIT scientists we can also see how petrichor is created. In fact, using high-speed cameras they recorded the scent moving into the air.

This unique word makes me think how hard sometimes is to put into words our feelings in front of the beauty of nature or to find the words to describe its spectacular phenomena. Have you ever had the necessity of a new word to describe something new?

We had to create a new word Bios Urn when we created this new product. It is always hard to convey all the meanings you have in your mind with just one word; we hope we achieved it as these scientists did with the word petrichor.