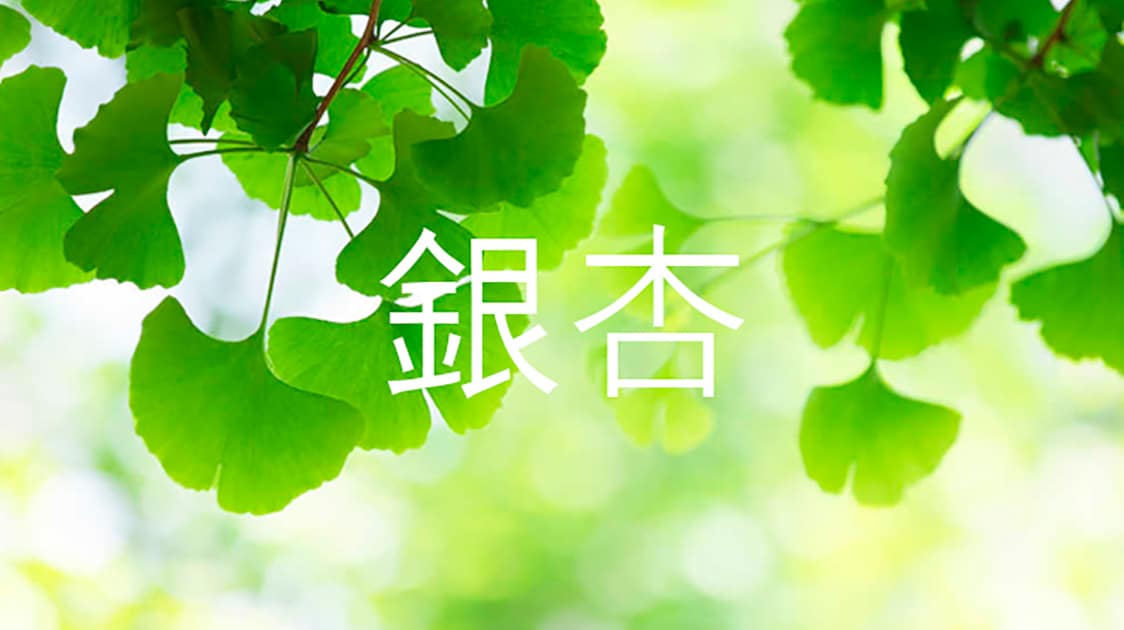 Ginkgo biloba – also known as ” silver apricot ” in Chinese because of the colour of its fruits, “forty-crowns tree” (for the price paid by the French botanist Pétigny for a sample of ginkgo in 1788) , the “tree of peace” or the “tree of longevity”. The name ginkgo is due to a translation error the German botanist E. Kaempfer did for the old Japanese term for this tree – ” ginkyo ” (银杏) . The epithet biloba describes the characteristic feature division into two leaf lobes .

The family of Ginkgoaceae have been living on Earth for 270 million years. 65 million years ago they began to decline, and only the Ginkgo biloba species in some areas of China survived; currently the oldest specimens have been around for nearly 3,500 years.

In 1691 the German botanist E. Kaempfer discovered in Japan ginkgo specimens that were thought extinct – they had spread from China to Japan and Korea routes thanks to Buddhist monks. Kaempfer took ginkgo seeds back to Europe; the first ginkgo outside Asia was planted in the Botanical Garden of Utrecht in 1730.

Darwin defined it as a living fossil – Ginkgo biloba is the only surviving species of the Ginkgoaceae familiy. 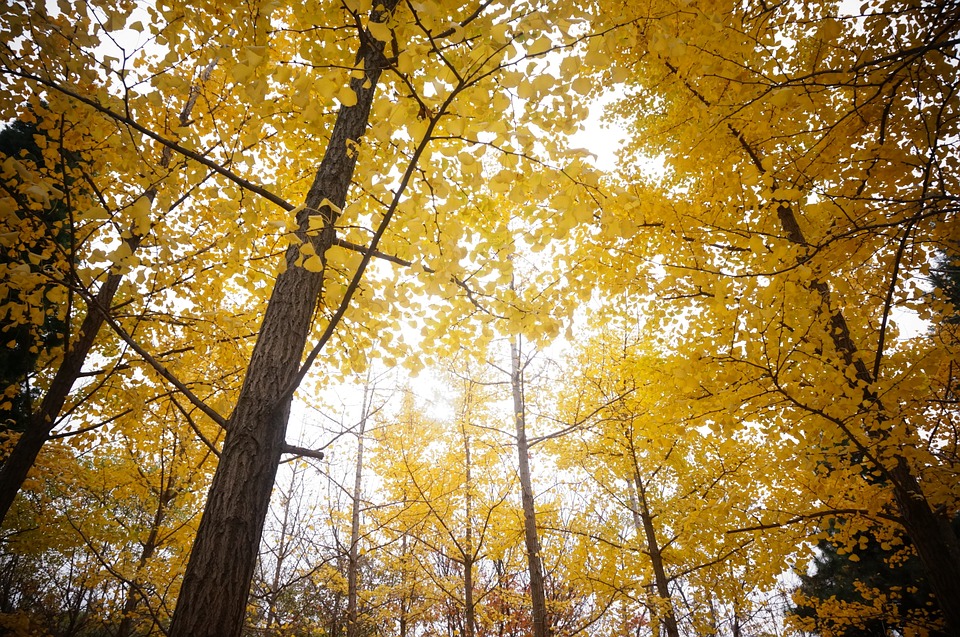 It is a prehistoric and ancient tree. Its strength is legendary and it is virtually invulnerable to pests, tolerates urban pollution, and resists frost. It is a tree that defies fire, showing its blackened scars near Japanese temples, where they were once planted to act as a barrier against fires. After the Hiroshima bomb, a sample of ginkgo located 1 km from the epicenter of the explosion rebounded a few months later, and a plaque at the feet of this tree which says “No more Hiroshima “can still be seen today .

In China and Japan it is considered a sacred tree, and its leaves are used in traditional medicine as it is considered to have many health benefits. The fruit of the ginkgo (a nut) is present in the Chinese, Japanese and Korean cuisine.

The ginkgo is dioecious: the female specimens are prized in the Far East for its fruits; however, when they fall and rot off it smells of butyric acid. For this reason in the gardens of the cities male plant specimens are preferred.

The ginkgo is deciduous – in summer they exhibit the freshness of green foliage, in the fall they radiating a golden warmth before the leaves fall off to form a silver lining. Its fleshy leaves are shaped like a fan, and the motif of the ginkgo leaf was used in Japanese art and Art Nouveau. There is a difference between female and male ginkgo species, as the females fruit tend to produce a potent odor once it falls, while as the male does not.