Christmas time is upon us. Christmas trees have sprung up on every corner, no matter which country in the world you live in.

The Christmas tree has become a universal symbol of the holiday season.

Last year Bios Urn® shared the History of the Christmas Tree. This year we will take you on a trip looking at Christmas trees around the world!

Traditions and Christmas Trees Around the World

German settlers migrated to Canada from the United States in the 1700s. They brought with them many of the things associated with Christmas we cherish today—Advent calendars, gingerbread houses, cookies—and Christmas trees. When Queen Victoria’s German husband, Prince Albert, put up a Christmas tree at Windsor Castle in 1848, the Christmas tree became a tradition throughout England, the United States, and Canada.

In most Mexican homes the principal holiday adornment is el Nacimiento (Nativity scene). However, a decorated Christmas tree may be incorporated in the Nacimiento or set up elsewhere in the home. As purchase of a natural pine represents a luxury commodity to most Mexican families, the typical arbolito (little tree) is often an artificial one, a bare branch cut from a copal tree (Bursera microphylla) or some type of shrub collected from the countryside.

Christmas is a summer holiday in South Africa. Although Christmas trees are not common, windows are often draped with sparkling cotton wool and tinsel.

Christian Americans, Europeans, Indians, Filipinos, and others living here have to celebrate Christmas privately in their homes. Christmas lights are generally not tolerated. Most families place their Christmas trees somewhere inconspicuous.

Fresh pine trees are too expensive for many Filipinos, so handmade trees in an array of colors and sizes are often used. Star lanterns, or parol, appear everywhere in December. They are made from bamboo sticks, covered with brightly colored rice paper or cellophane, and usually feature a tassel on each point. There is usually one in every window, each representing the Star of Bethlehem.

The Christmas tree has joined the “Nacimiento” (Nativity scene) as a popular ornament because of the large German population in Guatemala. Gifts are left under the tree on Christmas morning for the children. Parents and adults do not exchange gifts until New Year’s Day.

Although Christmas falls during the summer in Brazil, sometimes pine trees are decorated with little pieces of cotton that represent falling snow.

Christmas trees are bought anytime in December and decorated with colored lights, tinsel, and baubles. Some people favor the angel on top of the tree, others the star. The house is decorated with garlands, candles, holly, and ivy. Wreaths and mistletoe are hung on the door.

Most people buy Christmas trees well before Christmas Eve, but it’s not common to take the tree inside and decorate it until just a few days before. Evergreen trees are decorated with stars, sunbursts, and snowflakes made from straw. Other decorations include colorful wooden animals and straw centerpieces. 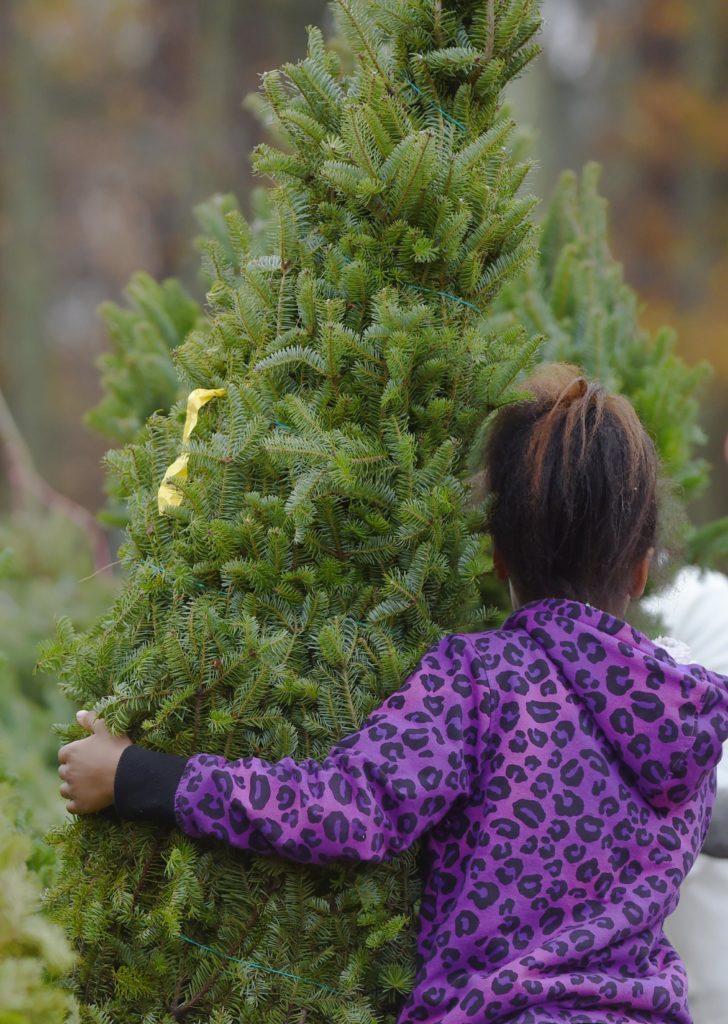 More Christmas trees around the world…

Nowadays Norwegians often take a trip to the woods to select a Christmas tree, a trip that their grandfathers probably did not make. The Christmas tree was not introduced into Norway from Germany until the latter half of the 19th century; to the country districts it came even later. When Christmas Eve arrives, there is the decorating of the tree, usually done by the parents behind the closed doors of the living room, while the children wait with excitement outside. A Norwegian ritual known as “circling the Christmas tree” follows, where everyone joins hands to form a ring around the tree and then walk around it singing carols. Afterwards, gifts are distributed.

Celebrated on December 25th by Catholics and on January 7th by Orthodox Christians, Christmas is the most popular holiday in the Ukraine. During the Christmas season, which also includes New Year’s Day, people decorate fir trees and have parties.

A popular Christmas custom is Catalonia, a lucky strike game. A tree trunk is filled with goodies and children hit at the trunk trying to knock out the hazel nuts, almonds, toffee, and other treats.

For most of the Japanese who celebrate Christmas, it’s purely a secular holiday devoted to the love of their children. Christmas trees are decorated with small toys, dolls, paper ornaments, gold paper fans and lanterns, and wind chimes. Miniature candles are also put among the tree branches. One of the most popular ornaments is the origami swan. Japanese children have exchanged thousands of folded paper “birds of peace” with young people all over the world as a pledge that war must not happen again.

In Italy, the presepio (manger or crib) represents in miniature the Holy Family in the stable and is the center of Christmas for families. Guests kneel before it and musicians sing before it. The presepio figures are usually hand-carved and very detailed in features and dress. The scene is often set out in the shape of a triangle. It provides the base of a pyramid-like structure called the ceppo. This is a wooden frame arranged to make a pyramid several feet high. Several tiers of thin shelves are supported by this frame. It is entirely decorated with colored paper, gilt pine cones, and miniature colored pennants. Small candles are fastened to the tapering sides. A star or small doll is hung at the apex of the triangular sides. The shelves above the manger scene have small gifts of fruit, candy, and presents. The ceppo is in the old Tree of Light tradition which became the Christmas tree in other countries. Some houses even have a ceppo for each child in the family.

Many Christmas traditions practiced around the world today started in Germany.

It has long been thought that Martin Luther began the tradition of bringing a fir tree into the home. According to one legend, late one evening, Martin Luther was walking home through the woods and noticed how beautifully the stars shone through the trees. He wanted to share the beauty with his wife, so he cut down a fir tree and took it home. Once inside, he placed small, lighted candles on the branches and said that it would be a symbol of the beautiful Christmas sky. The Christmas tree was born.

Another legend says that in the early 16th century, people in Germany combined two customs that had been practiced in different countries around the globe. The Paradise tree (a fir tree decorated with apples) represented the Tree of Knowledge in the Garden of Eden. The Christmas Light, a small, pyramid-like frame, usually decorated with glass balls, tinsel and a candle on top, was a symbol of the birth of Christ as the Light of the World. Changing the tree’s apples to tinsel balls and cookies and combining this new tree with the light placed on top, the Germans created the tree that many of us know today.

Modern Tannenbaum (Christmas trees) are traditionally decorated in secret with lights, tinsel and ornaments by parents and then lit and revealed on Christmas Eve with cookies, nuts and gifts under its branches.

Of the small percentage of Chinese who do celebrate Christmas, most erect artificial trees decorated with spangles and paper chains, flowers, and lanterns. Christmas trees are called “trees of light.”

Christmas trees are imported, as no trees live this far north. They are decorated with candles and bright ornaments. 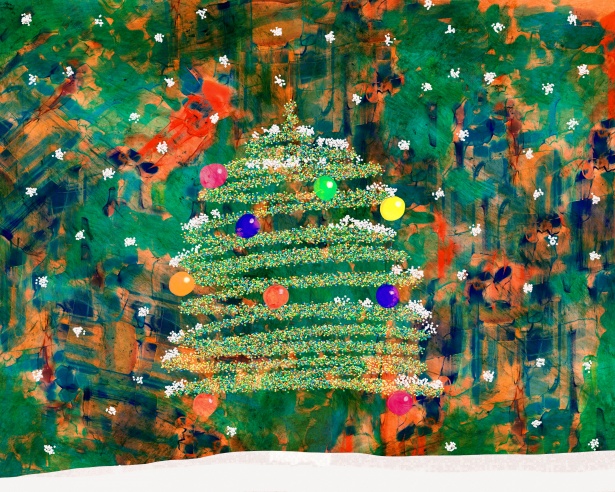 Is your country missing on this list of Christmas trees around the world? If so, let us know what the tradition is there! We would love to hear from you in the Comments section below.