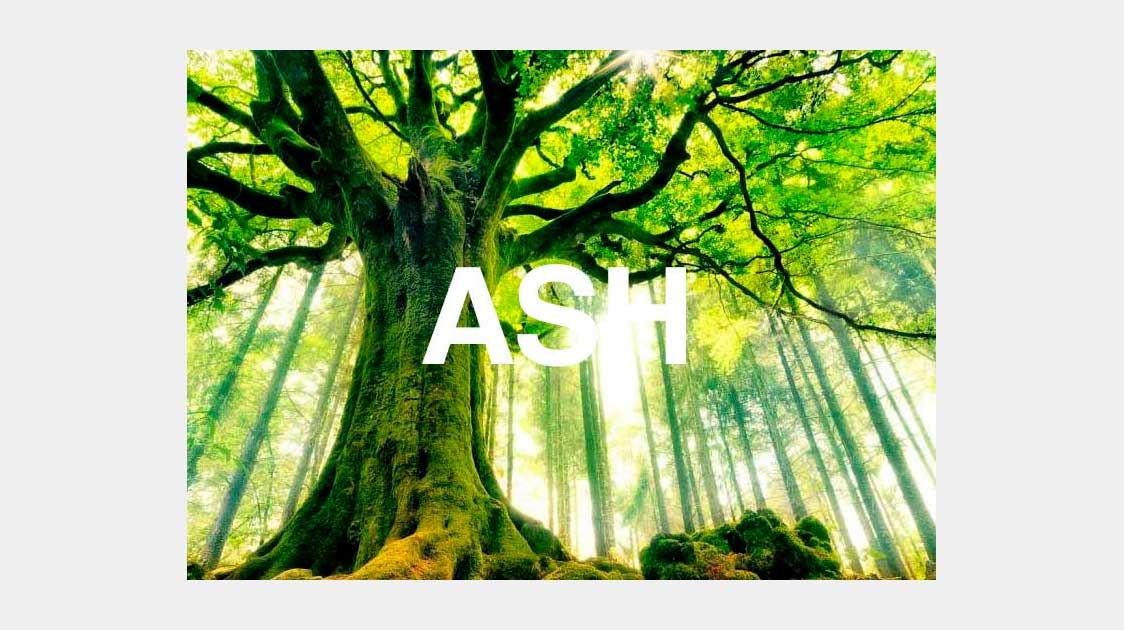 What’s in a name? There are several species of ash tree.  The Latin term Fraxinus derives from Greek frassein, which means “placing hedges”, as these trees were placed in this formation in the ancient Greece.

Fraxinius is a deciduous tree that can reach 35 meters (115 ft) and live up to 250 years! Its leaves are elongated and its buds are black (unlike other species of ash, which are usually brown). Its flowers blossom some weeks before the arrival of the spring. As an interesting fact, there are trees that have both male and female flowers (alternating the blossoming each year). The female flowers are dark purple and beautiful elongated, without petals. Its seeds are called “ash keys”, and when they fall they spin down from the tree very quick!

The ash tree is a well known tree in Norse mythology – Yggdrasil, the world tree that connects the different worlds of the gods, is an evergreen ash. Its roots are directed towards the dwelling of the Norns, the deities who judge the fate of mortals. The honey oozing from that magical tree provides wisdom to those who can taste it. In fact, the ash tree exudes a sugary substance which was believed to be used for making mead by Nordic people.

Druids and Native Americans prayed this tree to invoke rain in times of drought – ash trees can withstand well the cold and the moisture thanks to its ability to absorb water!

What do you think about the Ash tree? Would you choose it with your Bios Urn®?

Click on the following posts to see characteristics of the Pine tree, Maple tree, and Oak tree.

Popular Trees You Can Grow With A Bios Urn® In Asia

Tips on How to water your tree

Popular trees you can grow with a Bios Urn® in Canada