Lillea Rawlings has a beautiful Red Maple tree nearly four feet tall, growing on her family´s land. This red maple tree is no ordinary maple, it´s her father´s Bios Urn® that she planted in August of 2015.
Lillea´s father loved the outdoors, and felt a special affinity with nature. He spent time outdoors, and was always getting his hands dirty and planting new trees on his land. When Lillea´s father passed away in August of 2014, at the age of young age of 72, she knew that the best way to honor him was to plant a Bios Urn® and use it with a tree her father loved: the majestic red maple.

Her sister discovered the Bios Urn® and purchased it, feeling it resonated with their father and was in line with their family´s wishes.They held onto the Bios Urn® for one year, and waited to plant it on a special day. They planted their father´s Bios Urn® on his one year anniversary since passing, and thought it was a good way to mark the date and commemorate the man they so greatly loved. The Maple tree grew slowly at first, but sure enough month after month it continued to grow. A year later, by the time fall of 2016 came around, it had blossomed to life with crimson red leaves, and a tall and steady trunk. Today it stands tall at nearly 4 feet, and continues to grow with each passing day. It serves as a constant and daily reminder of their father, and grows a living memory in his place. 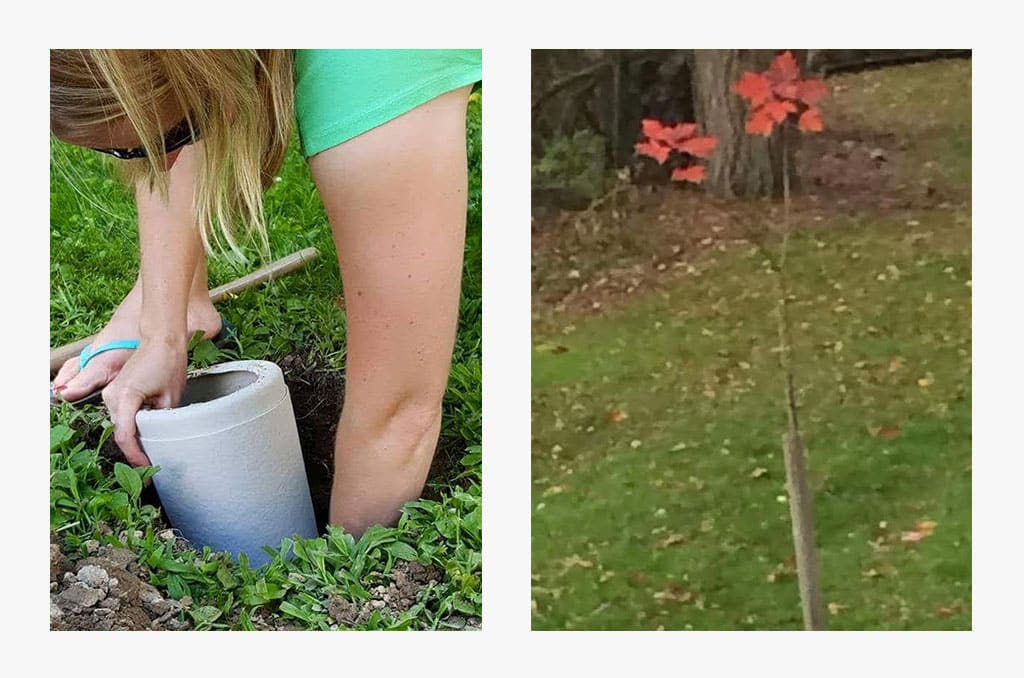 Lillea´s family planted their father´s Red Maple Bios Urn in their backyard. It has grown over 4 feet!

A Day In The Life Of A Funerary Art Company